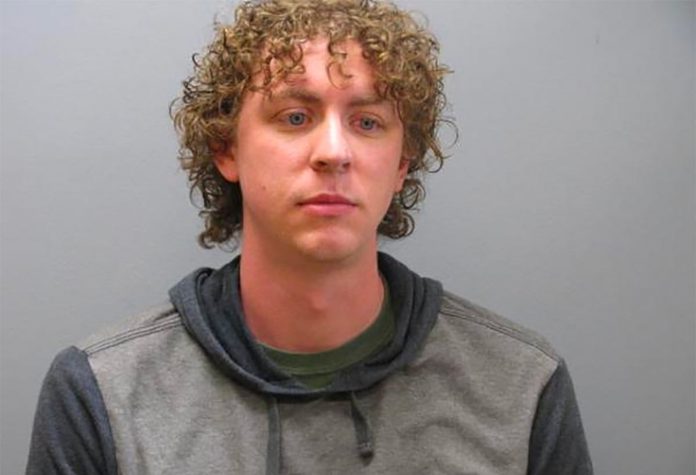 Brock Turner’s name is once again bubbling up on social media, specifically on TikTok, where women in Ohio are using the platform to warn each other about Turner’s presence in local bars.

Turner, a former Stanford University swimmer who was arrested in January 2015 after he was caught by good Samaritans while attempting to a rape a young woman in public on the Stanford campus, got off with an infamously lenient sentence in 2016 — and ended up serving just three months of his six-month sentence. The judge in the case was the subject of a successful recall effort two years later, and Turner, as far as we knew, had moved back to Ohio and registered as a sex offender.

In 2018, Turner also tried to appeal his conviction on the basis that he was only engaged in “outercourse” or “dry humping,” but a judge shot that down.

The survivor of Turner’s assault, Chanel Miller, read a powerful impact statement in court at Turner’s sentencing, and then went on to write a book and reveal her identity publicly in 2019.

Three years later, as Vice reports, women in the Dayton, Ohio area have revived the story in a sort of “whisper network” using TikTok and Facebook to warn each other about Turner, who is now 27.

“Brock Turner is now living in the Dayton, Ohio, area,” says one recent Facebook post. “He is frequenting bars in the area. Do not let him leave with an intoxicated woman. Inform the women of who he is. Inform the bartender, bouncers. Brock Turner does not belong in public.”

Another post reads, “Please tell your female and femme-presenting friends, family members, co-workers, literally everyone. This man does not deserve peace.”

It’s not entirely clear why this is happening now, though as Vice notes it could be as simple as Turner having to re-register on a sex offenders’ registry. It could also be that women have recently met him in social situations and Googled him. But some have even taken to sharing his home address and encouraging others to egg his house.

The Daily Beast points to posts suggesting that Turner has recently “moved back” to Ohio, but it seems as though Turner has lived in the state for years now.

A post on the subreddit dedicated to the Dayton area included a more recent photo of Turner (seen above via the state’s Megan’s Law registry), and said he is going by his middle name these days, Allen. And one poster suggests that he recently bought his first house and moved out of the home he shared with his parents since his conviction — which would lead to him having to update his address on the registry.

Such whisper networks have been controversial over the years, especially when they become more public via social media — with writer Moira Donegan’s Shitty Media Men list being a recent example that is still the subject of legal action.

The Turner case, though, clearly continues to spark outrage, and the fact that Turner can go on to live a normal life of picking up women in bars is unacceptable to many. To be clear, there have been no further accusations against Turner since the Stanford incident. But that hardly matters to the woman posting on TikTok and elsewhere who see the case as another in which the justice system failed them, and their only recourse is to publicly call out Turner’s presence in their midst and continue to make him a pariah.

That is the purpose of offender registries in the first place, but this seems to be a case where the women posting don’t believe the registry is enough.

Facebook
Twitter
Pinterest
WhatsApp
Previous articleDid You Know There Was an Internment Camp For Suspected Japanese Spies During WWII on San Francisco Property?
Next articleDay Around the Bay: Newsom Has Vetoed the Safe Consumption Site Bill