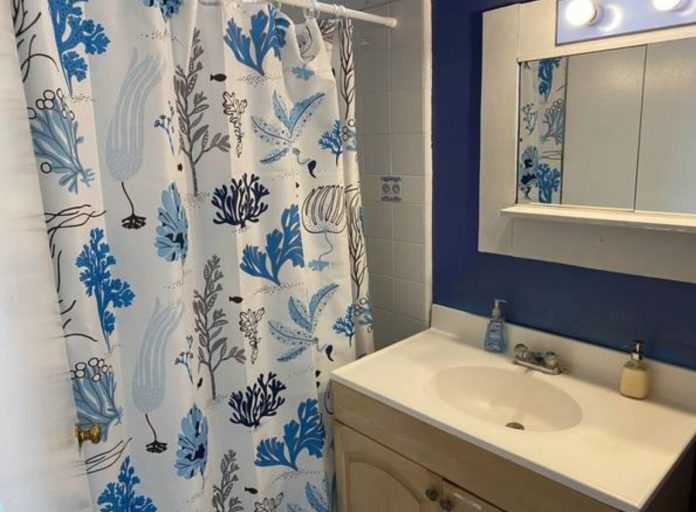 If you’re looking to live in Buena Vista/Ashbury Heights with four to eight of your closest friends, all of whom are gainfully employed, have I got a steal for you!

I wasn’t sure what I’d find in looking through the Craigslist candidates for Apartment Sadness today — it’s been a while since I’ve scrolled the apartment pages and for all I know things have gotten much more fairly priced since San Francisco went through a pandemic and two years of being constantly portrayed as a forsaken hellhole in the national press.

But it didn’t take long at all to spy this pernicious listing for a “Victorian” that’s priced at $9,999 per month. Fully furnished and with an alleged five bedrooms with king beds, and with no lease term stated, this is a rental that seems to be seeking quick cash from some transient tech workers or the like — or someone entrepreneurial who wants to play master tenant for a household of five and perhaps live for little or no net rent, even though that might not be on the up and up.

It is billed “The Largest Victorian In Buena Vista,” which, prove it.

And look, it has a completely charmless and tiny kitchen to be shared by five-plus roommates and whoever they’re dating! So much for the largest kitchen in Buena Vista!

I only see four placemats and ten bucks says that kitchen table is shoved up against a wall to the right, so you and your four roommates can’t even sit down for dinner together all at once. Lord knows one of the five “bedrooms” was originally a dining room.

Is $10,000 a month the going rate for furnished five-bedrooms in SF right now? I have no idea! But given the dearth of decent photos — we only get a glimpse at one nice-ish bedroom (below) and one sort of shitty bedroom (second photo below) — this does not seem like a good deal at all. $2,000 a month, times five roommates, to live with that kitchen?

At least one person gets a bedroom with a (non-working?) fireplace, some IKEA sheets, and a bay window.

This was probably the dining room. Photo: Craigslist

Does it have a window? You decide. Photo: Craigslist

At least one of this Victorian’s parlor areas is being used a common space, complete with a wall-mounted smart TV and dorm-style furniture. There’s seating for a cozy six or seven for movie night! And if you spill Schlitz on those sofas, they wipe up real easy.

In other parts of the country, $10,000 a month would get you a palace with like, a putting green and tennis court and possibly a golf cart. Here, it’s sad dorm furniture and — oh my god — only one full bath.

Yes, the bathroom below, with a shower curtain that sure was a choice, is the only place for five roommates paying two grand apiece to shower. There is another half-bath, not pictured in the ad, where someone could take sponge-baths I suppose.

You might be able to secure a year lease, but doubtful you’d get more at this place. The lack of investment in, like, anything but some paint and IKEA furniture would suggest either hope for high turnover, or a plan to evict everyone in a year or two and sell this place as a TIC. Or something like that.

Also, I’d put money down that some long-term tenants just got evicted before the latest paint colors and shower curtain went up. So the other scenario is that the owner knows they can’t convert this away from rental housing without a major headache, so they’re hoping just to make some money on the unit for a few years before selling, after getting rid of whoever was paying $1,200 for the whole thing for the last 30 years.

All previous editions of Apartment Sadness on SFist.