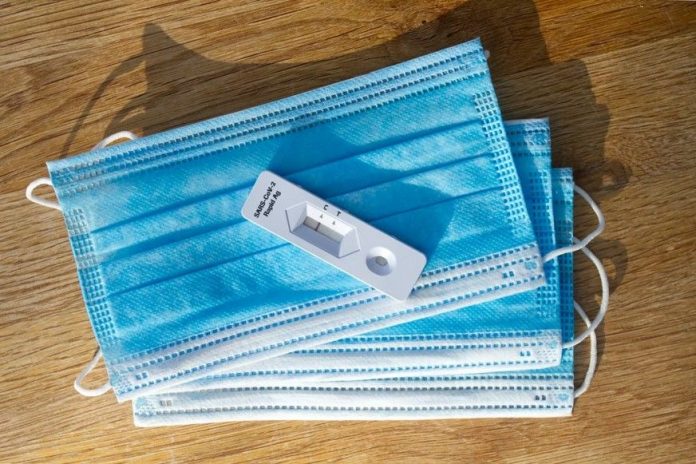 BA.5 Omicron Sub-Variant So Infectious It’s Dispensing With the Notion of Immunity for the Vaccinated and Recently Infected

We’ve always thought that fully vaccinated and recently infected had a “hybrid immunity” that shielded people from reinfections, but the BA.5 Omicron sub-variant is so infectious that its throwing that adage out the window.

There’s an old axiom (well, “old” meaning since the COVID-19 vaccines have been around) that if you’re fully vaccinated and you’ve been infected with the virus recently, that you would then enjoy a few-month period of “hybrid immunity.” That’s when the combination of the vaccine and antibodies your body just produced to fight off COVID would sort of leave you in the clear for a while. But as the Chronicle reports, the BA.5 Omicron sub-variant is pretty much shooting down the idea of hybrid immunity because it’s evolved to be so infectious.

“People who got COVID in January/February, or in March/April, may believe that they have this ‘get out of jail free’ card, and it doesn’t actually work that well,” USCF’s Dr. Bob Wachter told the Chronicle in that report. “They’re going to be vulnerable and probably not acting as though they’re vulnerable.”

When UCSF’s COVID-19 sage Dr. Bob Wachtrer starts a tweetstorm labeled as 25 tweets long, we listen. He did so again Saturday, and we’ve embedded its most compelling statements in this post. “The die is now cast: BA.5 is destined to be our dominant virus,” he begins, and explains how BA,5 is a game-changer, and not in a good way.

As BA.5 becomes the dominant U.S. variant (Fig), its behavior will determine our fate for the next few months, until it either burns itself out by infecting so many people or is replaced by a variant that’s even better at infecting people. Neither is a joyful scenario. (5/25) pic.twitter.com/3vHeavBk61

“As BA.5 becomes the dominant U.S. variant , its behavior will determine our fate for the next few months, until it either burns itself out by infecting so many people or is replaced by a variant that’s even better at infecting people,” Wachter says. “Neither is a joyful scenario.”

You’ll see from the above chart that SF COVID hospitalizations (a more effective metric in the home-testing era) are currently at their third-highest point since the pandemic started. Combine that with the Examiner’s report today that SF could have more infections now than in January’s disastrous wave. That report notes that “Approximately one in every 14 people walking around San Francisco without COVID-19 symptoms could be infected and not know it.”

But don’t let that discourage you from getting a booster shot. Wachter notes in a subsequent tweet that “recent data shows a powerful [increase] in protection from boost #2,” that is, a second booster shot if you’re eligible.

Related: Map: Everywhere You Can Get a Free COVID-19 Booster Vaccine Shot in SF [SFist]

Facebook
Twitter
Pinterest
WhatsApp
Previous articleThe San Francisco Giants Are Going Through a Rough Patch. What’s the Cure?
Next articleDay Around the Bay: 36-Year-Old Metallica Song Hits No. 1, Of Course Because of ‘Stranger Things’