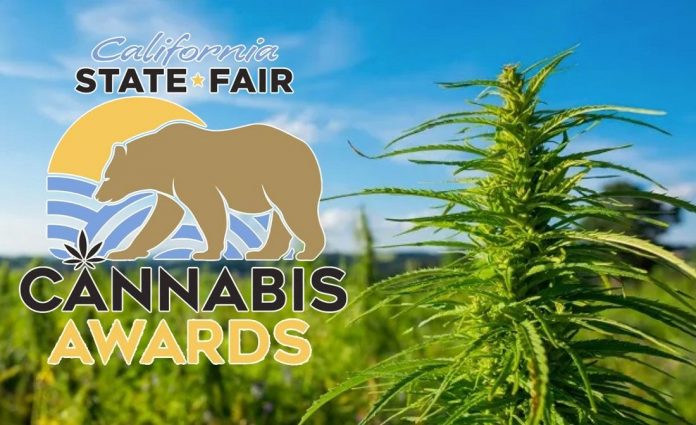 California State Fair Announces Cannabis Competition Winners, Here’s Where to Buy Them in the Bay Area

60 different strains of weed just won official competitive honors in the California State Fair’s extremely awesome new marijuana category, and several of these winners can be found on SF and Oakland dispensary shelves.

It seemed highly amusing when the California State Fair announced last September they were adding a State Fair Cannabis Competition to their usual regimen of 4-H booths and livestock or agriculture competitions. But the fair said at the time that they like to honor the Golden State’s  “dynamic industries including wine, craft beer, olive oil and cheese,” and now weed joins that proud pantheon.

Did you ever think you'd see the day when cannabis gets its own Awards at the #StateFair? We're proud to say that moment has arrived in California.

Here's a better intro to the #CalCannaAwards than we could ever fit into a tweet.👇https://t.co/4L0yeZ7g6y

In advance of the fair’s opening on July 10 at the Cal Expo Fairgrounds in Sacramento, the fair  has announced the 2022 California State Fair Cannabis Award Winners. This is not some cheesy “Cannabis Cup” deal judged by Instagram influencers and washed-up celebrities. As the state fair explains, “Our cannabis competition evaluates raw, whole plant cannabis compound categories including three primary acidic cannabinoids, THCa/CBDa/CBGa, and six terpenes, Limonene, Pinene, Myrcene, Caryophyllene, Ocimene, and Terpinolene, and one co-dominant terpene profile. Instead of going by taste and sensation as other cannabis competitions, we decided to eliminate the need to inhale smoke by having entries scored objectively, through science-based analysis performed by California’s premier cannabis and hemp testing lab, SC Labs.”

Most of the winners are smaller farms and grows, not Big Corporate Weed players. So many of the winners’ availability is pretty limited. But we went through all 60 trophy medal winners to see which brands were available at Bay Area dispensaries. Available inventory can always vary, but as of press time for this post, here are which dispensaries are carrying which prize-winning cannabis brands.

The Golden Bear trophy was awarded to the creme de la creme, the ten finest cannabis strains grown in California, whether indoor or outdoor. Two of these strains can be found on Bay Area dispensary shelves, both from Mendocino County’s Esensia in the Mayacamas Mountains.

Those two Esensia strains named above were also Best Outdoor-Grown Cannabis winners, as was Esensia’s Rose Petal, plus another from Willetts’ Emerald Spirit Botanicals.

Some cannabis is grown these days with a combination of sunlight and fluorescent light. The groundbreaking Oakland dispensary Harborside now has farms that operate as mixed-light grows, and naturally, their new San Francisco location sells the stuff. Three of their strains were state fair winners, as were two from Solinas-based Humo.

If you’re heading to the state fair in Sacramento, yes, the winners will get display booths at Expo Center Building 1. But no, you cannot legally smoke or in any way consume cannabis anywhere on Exposition Boulevard or at the California State Fair.