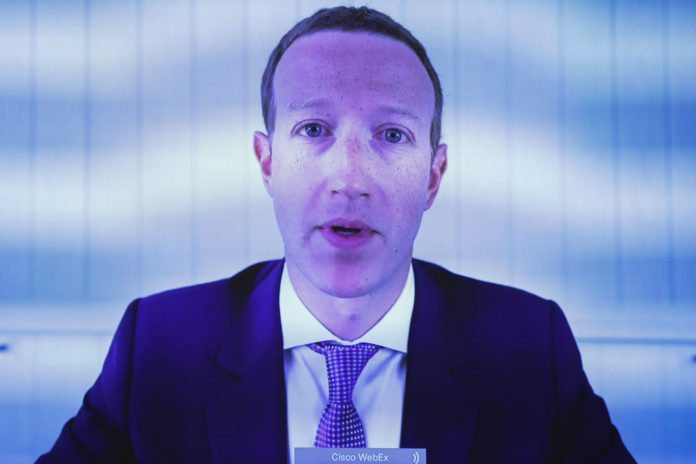 Big Brother is declaring it’s a thoughtcrime to mention the availability of abortion pills on Meta’s Facebook or Instagram platforms. But the exact same posts are staying up if they substitute the words “guns” or “weed” for “abortion pills.”

The United States Supreme Court handed down its decision overturning Roe v. Wade on Friday morning, prior to 9 a.m. PT. The reaction of the bots at Meta-owned Facebook and Instagram was immediate, according to multiple news outlets, almost as if these tech platforms had “trigger laws” of their own waiting for the decision to come down, just like multiple states with Republican-controlled legislatures.

Vice’s Motherboard explains their experience as such (it’s also seen above): “On Friday a Motherboard reporter attempted to post the phrase ‘abortion pills can be mailed’ on Facebook using a burner account. The post was flagged within seconds as violating the site’s community standards, specifically the rules against buying, selling, or exchanging medical or non-medical drugs. The reporter was given the option to ‘disagree’ with the decision or ‘agree’ with it. After they chose ‘disagree,’ the post was removed.”

Content that attempts to buy, sell, trade, gift, request or donate pharmaceuticals is not allowed. Content that discusses the affordability and accessibility of prescription medication is allowed. We've discovered some instances of incorrect enforcement and are correcting these.

When the removed posts were called out on Twitter, Meta’s policy communications director Andy Stone explained that “Content that attempts to buy, sell, trade, gift, request or donate pharmaceuticals is not allowed. Content that discusses the affordability and accessibility of prescription medication is allowed. We’ve discovered some instances of incorrect enforcement and are correcting these.”

“On Monday, an AP reporter tested how the company would respond to a similar post on Facebook, writing: ‘If you send me your address, I will mail you abortion pills,’” the outlet says.

And in the interest of proper experimentation, they replaced the term “abortion pills” with other terms that absolutely should have set off content moderation bots.

“When the AP reporter made the same exact post but swapped out the words ‘abortion pills’ for ‘a gun,’ the post remained untouched,” according to the Associated Press. “A post with the same exact offer to mail ‘weed’ was also left up and not considered a violation.”

We're hearing that people around the world are seeing our "sensitivity screens" on many different types of content when they shouldn't be. We're looking into this bug and working on a fix now https://t.co/95ebED8SRu

A separate AP report shows similar things are happening on Instagram. An account called We are Childfree started seeing its frankly innocuous posts that just connected people to resources started getting labeled with “This photo may contain graphic or violent content.” Per the AP, that page’s most recent posts are being blocked, to which Instagram responds above, “We’re looking into this bug and working on a fix now.”

“This can all take place behind the scenes, and it can be attributed to a glitch,”  Cornell University professor Brooke Erin Duffy said. “We don’t know what happened. That’s what’s chilling about this.”

They can blame a glitch, but a far likelier explanation is that Mark Zuckerberg and the Meta higher-ups are terrified of conservative criticism, and the right has used the “social media is censoring us” card so effectively that Mark Zuckerberg gets played like a banjo at the bluegrass festival whenever Republican elites complain. And at this moment it time, don’t be surprised if we see unprecedented volumes of censored posts and “Facebook jail” applied to users who discuss abortion rights and access.