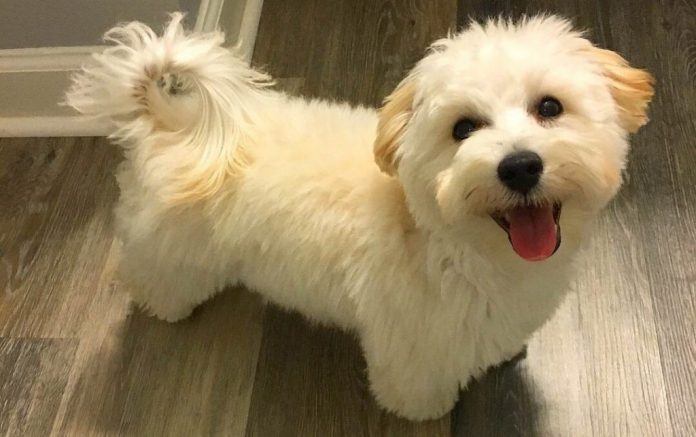 A two-year-old Maltipoo named Coco was last seen Friday night near Octavia Street, after a pet sitter from the app Rover lost the dog, and a search is underway in Western Addition and the Tenderloin.

The online pet care marketplace Rover offers dog-walking services, among other things, and they describe their hired, online dog-walkers as “Perfect for busy days and dogs with extra energy to burn.” But one San Francisco dog owner is describing the service as a little less than perfect, as KGO reports that a Rover walker lost their dog, and the pup remains missing four days after it was last seen.

#TONIGHT — Before venturing off on a recent Hawaiian vacation, a family in #SanFrancisco booked a pet sitter on a popular pet care service platform.

The family’s distance away from home felt even farther after learning Coco escaped his caretaker.

The two-year-old Maltipoo named Coco is seen above, and according to KGO, the “white dog with black spots was last seen late Friday night in San Francisco.” The station adds that “a bystander mentioned seeing the dog running and distressed on Octavia Street.”

Coco’s owner Alyson Ruiz was vacationing in Hawaii when she received the bad news. She said the dog-walker texted her. She paraphrased the text as “I don’t know if like the app contacted you, but your dog bit me and he ran away. And I couldn’t catch up to him.” Ruiz told the station, “And then I like, started panicking. And I was like, what? I’m in Hawaii… they canceled my flight.”

Ruiz’ family did post flyers. “When we got here, we started posting flyers in the Western Addition and the Fillmore in the Tenderloin,” her aunt Joselyn Barrera told KGO.

Rover did respond to KGO with a statement. “As pet parents ourselves, our hearts are with Coco’s family and we are focused on helping bring him home safe and sound,” according to the statement. “We are offering a $500 reward, paying for flyers, and posting in online pet-finding websites, which send alerts to local shelters and veterinarians.”

Additionally, the site adds that “We have suspended the sitter’s account on our platform while our 24/7 Trust and Safety team conducts a thorough investigation. We remain in regular contact with Coco’s family and are providing them with a complete refund.”

If you see that Maltipoo named Coco, you can report a found dog to SF Animal Care & Control.