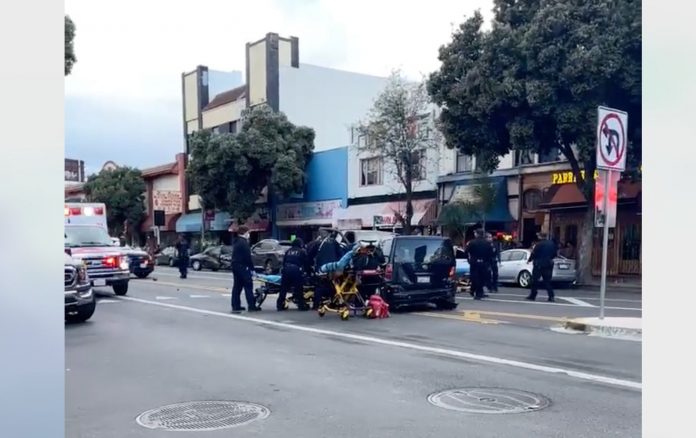 A multi-vehicle crash on Sunday in Oakland’s Fruitvale District looks to be the result of a fatal shooting in a different location, and now has become a homicide investigation.

A 71-year-old man was shot while behind the wheel of a pickup truck on International Boulevard on Sunday just before 6:30 p.m. His vehicle then was involved in a multi-vehicle crash on the 3300 block of International Boulevard, as KPIX reports, and arriving officers found that he was suffering from a gunshot wound and attempted life-saving measures. The man was declared dead at the scene.

As the East Bay Times reports, officers identified what they believed to be a shooting scene a short distance away from the crash. The location of that scene has not been reported, however the Citizen App noted that four shots were fired at 6:26 p.m. in the vicinity of the 2800 block of International Boulevard. Those shots were detected by ShotSpotter technology.

Police have not revealed the name of the victim, pending of next-of-kin notification, and no motive for the shooting has been discussed. Also, police have not described any suspect vehicles involved, or the victim’s vehicle. Video posted to the Citizen App shows a black pickup truck having collided with what appears to be a black Honda Element, or similar.

This is Oakland’s 29th homicide of the year. As the East Bay Times reports, the city had seen 34 homicides as of this time last year.