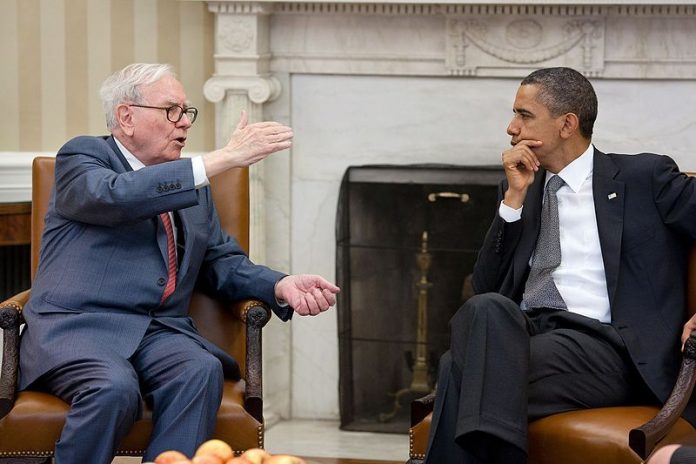 The annual Glide auction of a lunch with legendary investor Warren Buffett just finished its last-ever bidding, and it goes out on a high note of raising $19 million for poverty and hunger programs.

We knew six weeks ago with the announcement of this year’s annual Glide auction of a lunch with Warren Buffett that the 2022 auction would be the last. Buffett, the world’s eight-wealthiest person has done this auction 18 times now to benefit SF’s nonprofit GLIDE (formerly Glide Memorial Church), and GLIDE announced Friday that the auctions have “raised more than $53 million to support GLIDE’s transformative programs and services that lift people out of poverty, hunger, and homelessness, and advance equity through systems change.”

History was made last night! We had a record breaking amount of $19,000,100 in the final seconds of the Power of One Charity Auction Lunch. GLIDE is beyond grateful for our partnership with Warren Buffett and @eBay. pic.twitter.com/Ihv97ZTFgy

“On behalf of GLIDE and those we serve, I thank Warren Buffett for his unwavering generosity, partnership and dedication, and for his incredible contribution to our mission,” GLIDE President and CEO Karen Hanrahan said in a statement. “GLIDE continues to turn this generosity into opportunity and impact for thousands of people most in need.”

Through his lunch auction over the years, investor Warren Buffett has helped raise more than $53 million for Glide, a San Francisco charity that provides aid to vulnerable individuals https://t.co/TZ3hNSS2jI

For perspective, the last time they did this auction in 2019, the winning bid was just $4.6 million.

The winning bidder has chosen to remain anonymous, and we don’t know the date of the lunch. According to GLIDE’s release the lunch “will take place at a mutually beneficial date and time in the coming months.” We do know, though, that lunch will take place 3,000 miles away, at New York City’s Smith & Wollensky steakhouse.

Related: Warren Buffett Auctioning Off Lunch With Him in Benefit for Glide, One Last Time [SFist]