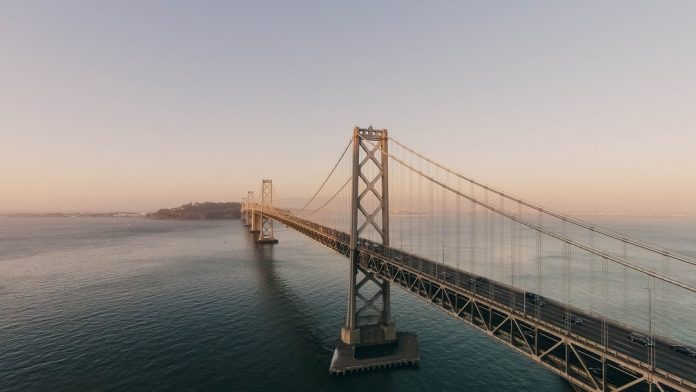 A crash early Sunday on the Bay Bridge claimed the life of a 22-year-old man and injured four others, and led to all westbound lanes on the bridge being temporarily closed.

SFist mentioned the crash on Sunday morning, but there are now some more details to report.

The sequence of events began with a gray Infiniti traveling westbound with four people inside it just before 3 a.m., which “slowly came to a stop” near the center anchorage of the western span of the bridge, as California Highway Patrol Officer Mark Andrews told the Chronicle. The car stopped “possibly due to a mechanical failure,” according to Andrews.

Shortly thereafter, a white pickup truck came upon the stopped car and slammed into it.

The driver of the Infiniti, a 22-year-old woman, and two passengers in the car were transported to the hospital with “major but non-life-threatening injuries,” per NBC Bay Area. A 22-year-old man who was also a passenger was declared dead at the scene.

The female driver of the Infiniti was also arrested on suspicion of driving under the influence of drugs or alcohol, but it’s not clear if she was still hospitalized as of Monday.

The driver of the pickup truck was also taken to a hospital to be treated for minor injuries.

The westbound lanes of the bridge were all closed Sunday morning while an investigation took place, but all lanes reopened as of 5 a.m.

Update: The man who died in the crash has been identified as Ismael Vidal Ramirez of Contra Costa County.