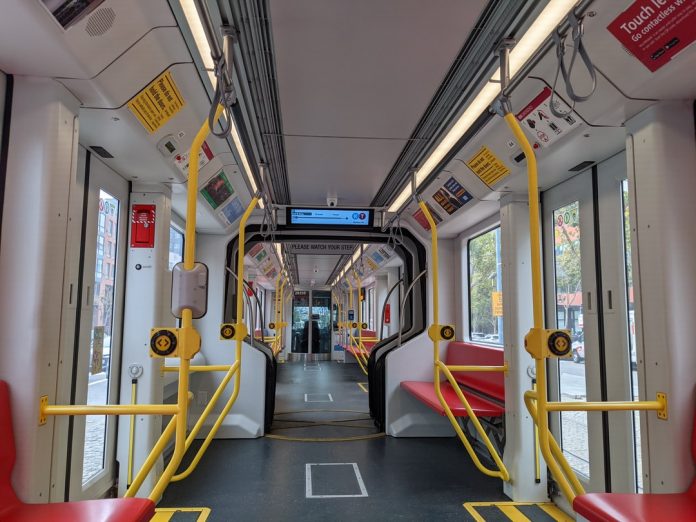 Muni Shooting Suspect May Have Acted In Self-Defense; Video Shows Victim With Knife

A look at Muni surveillance video from Wednesday morning’s fatal shooting on board a Muni train reportedly shows an altercation between suspect and victim that was more than verbal, prior to shots being fired.

Late on Friday, the Chronicle published a report after getting a look at the full footage of the incident on the train, which occurred while the train was traveling between Forest Hill and Castro stations, just before 10 a.m. Wednesday. The video, per the Chronicle, appears to show the shooting victim, 27-year-old Nesta Bowen, attacking the suspect and wielding a knife.

The video, which has not been publicly released, begins with the two men seated and having a verbal exchange.

At one point, the men stand up, and Bowen can be seen reaching for something in his back pocket before charging at Green. Green, who was carrying a backpack, quickly backs up as Bowen advances, swinging at Green’s face with his fist and what appears to be a knife in one hand.

A scuffle ensues, with the men moving to one end of the train car, and then the suspect, identified by police as 26-year-old Javon Green of Pittsburg, appears to pull a gun out of his backpack. Green then apparently shoots at Bowen, and Bowen falls to the ground. “The second victim, the 70-year-old man, could be seen calmly walking to a seat and lightly touching his knee,” the Chronicle reports.

The footage, which has not been publicly released, could provide the basis for a self-defense claim for the man arrested following the shooting that killed 27-year-old Nesta Bowen and injured a 70-year-old man. https://t.co/c7s8eOpxEu

Green was somehow identified as the suspect by police — we still don’t know how — and arrested Thursday night in Pittsburg. The Chronicle confirms that he appears to be the same person seen in the “person of interest” photo released by police earlier on Thursday.

Police have not yet said how Bowen and Green knew each other, or what the nature of their argument may have been. We have learned since the shooting that Bowen grew up in Oakland and Stockton, and was taking community college classes in graphic arts.

Green is being held on suspicion of murder, possession of a weapon, and use of a firearm in the commission of a felony, but no charges have yet been filed by the District Attorney’s Office.

DA Chesa Boudin remains the city’s district attorney through at least this month, and his replacement has not yet been named by Mayor London Breed following the recall election earlier this month.

Boudin has not yet commented on the shooting or potential charges.