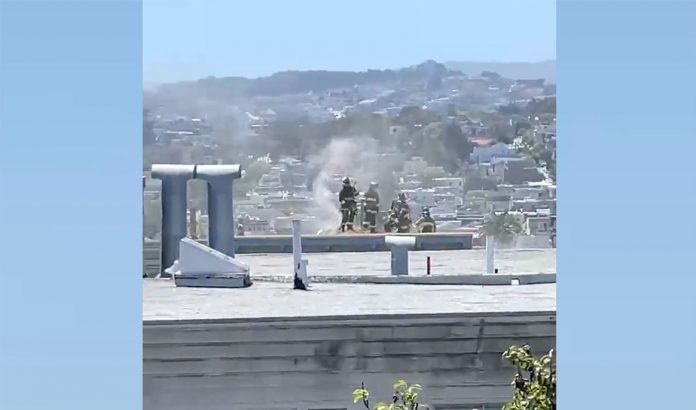 A seemingly small fire broke out just after noon Wednesday at a residence on Clipper Street in Dolores Heights, near the edge of Noe Valley.

The fire broke out sometime around 12:15 Wednesday at 23 Clipper Street (at Dolores Street), as the San Francisco Fire Department reported on Twitter.

Video from the incident showed firefighters tending to a small blaze that appeared at the roof level, emitting a small plume of smoke over the neighborhood.

No injuries have been reported so far, and as of 12:40 p.m. this remained an active incident.

Residents are being told to avoid the immediate area of Clipper and Dolores streets.