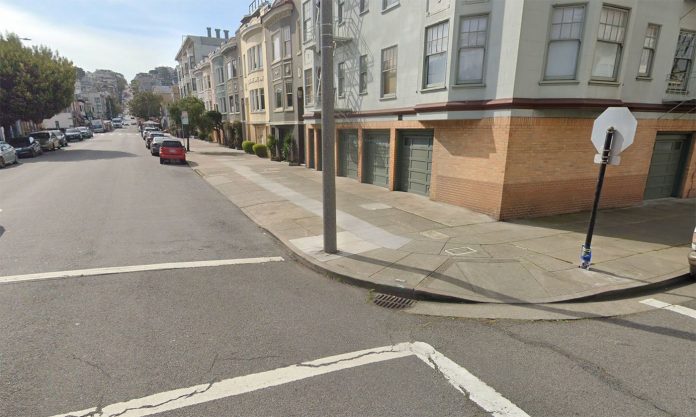 One Person Fatally Shot In the Marina District Sunday Night

A shooting that apparently occurred in the middle of the street claimed one life Sunday night in the Marina District, just steps away from busy Chestnut Street.

As SFPD Commander Raj Vaswani announced on Twitter, homicide detectives are now investigating a shooting that occurred around 10:30 p.m. at the intersection of Francisco and Scott streets.

Francisco Street becomes Alhambra Street at that intersection, and Vaswani said the victim was found at Francisco and Alhambra.

No information about the victim has been provided.

“Anyone that saw the shooting, has video, or can provide additional info, please call us,” Vaswani said. The SFPD anonymous tip line is 415-575-4444, or you can send a tip by text message to TIP411 with “SFPD” at the start of the message.

This was San Francisco’s 22nd homicide of the year to date.

Vaswani also reported on a second shooting that occurred in the city overnight. That shooting, which left one male victim with non-life-threatening injuries, occurred around 4:30 a.m. Monday in the vicinity of Fulton and Hyde streets in Civic Center.