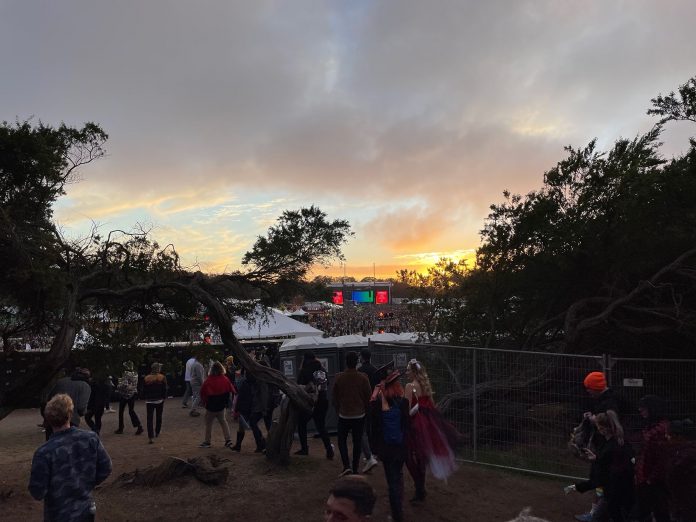 It’s time again for more Outside Lands tickets to go on sale, and now we know who’s performing which day.

The on-sale day for single-day passes to Outside Lands is Wednesday, starting at 10 a.m., and the daily lineups were just released a few hours ago. Friday will be the headlining day for SZA, with Phoebe Bridgers and/or Lil Uzi Vert programmed against her on other stages. Also performing Friday are Disclosure, early-aughts darlings Washed Out, the Marias, Dayglow, and Purple Disco Machine.

Green Day headlines on Saturday along with Jack Harlow, and also performing will be Kali Uchis, Polo & Pan, Anitta, Local Natives, and Mac DeMarco, among others.

And on Sunday, it’s Post Malone and Weezer at the end of the evening, with a bevy of other performers through the including Kim Petras, Mitski, Amber Mark, Surf Mesa, Baby Tate, Pussy Riot, and more.

ranger dave is taking outside lands one day at a time… daily lineups are out now! single day ga, vip, and golden gate club passes are on sale tomorrow, 5/18 at 10am pt https://t.co/9Qo8FVj1W7 pic.twitter.com/qJgJibHoSr

The newly added (as of 2021) SoMa Tent, which features dance music all day, has its own lineup, which you can cross-reference with the daily lineups to figure out who spins when.

Just FYI as you’re considering your music festival agendas, we learned this week that Goldenvoice is putting a new EDM-centric festival this year out on Pier 80, dubbed the Portola Music Festival, and that’s happening about six weeks after Outside Lands (September 24-25). A few performers from the last few Outside Lands, like Kaytranada and Jamie xx, are on that bill, and those tickets are on sale Friday.

Outside Lands single-day tickets are $175 for general admission, and $395 for VIP, and they go on sale here, Wednesday, May 18, at 10 a.m. Three-day general and VIP tickets are also still on sale, as are tickets to the ultra-luxe Golden Gate Club, the extra-VIP experience.

The single-day tickets don’t always sell as quickly as the three-day tickets do, but those pre-sale “Eager Beaver” tickets sold out in a half hour this year, before the lineup was even announced.