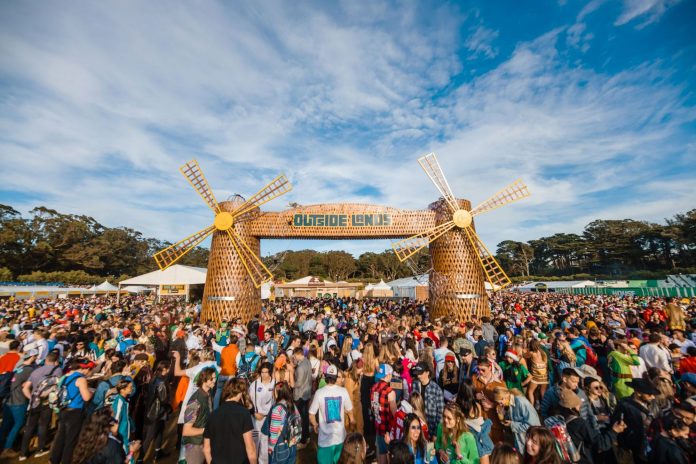 Outside Lands: Eight Tips on Getting In, Getting the Good Food and Drink, and Getting Out

Like any music festival, Outside Lands is what you make of it, and there’s no way for anyone else to tell you how to manage your music-watching — you’ve either already got a plan or you’re going to figure that out as you go. But if you don’t have a lay of the land or you haven’t been in a few years, allow us to offer some tips so that you don’t miss out on the good stuff.

Running between stages is going to be the name of the game during certain hours, especially if you have broad music taste and you want to see, say, half of SZA’s set and half of Disclosure’s, or some of Phoebe Bridgers — they’re all programmed against each other on Friday.

But to make the most of Outside Lands and whatever sum you’ve outlaid for tickets, here are some quick tips. Also, get the Outside Lands app on your phone — that’s where you’ll find everything mapped.

It’s a trek getting out to the Avenues unless you already live out there, so factor that in especially on Friday when the crowds at the box office and the gates will be the thickest. If you want to be at the Twin Peaks Stage to see Ashe at 3:45, you’ll need to high-tail it out of your hotel or apartment by 2ish — and why not just go earlier? Friday’s a great time to get the lay of the land and check out things like Beer Lands and the SOMA Tent before they get overrun. (If last year was any indication, the SOMA dance tent is going to be a huge draw, especially after everyone’s taken their molly on Saturday or Sunday.)

2. Use City Buses and Trains (or Bike In)

The greatest folly for Outside Lands-goers involves cars — trying to find an Uber out of the Sunset or Richmond after the show, or trying to park your own car in neighborhoods that have had 14 years to prepare for your arrival and fend you off, none of this is fun or easy. The quickest way out, by far, is to take one of the buses that line up along Fulton Street toward the end of each night’s shows. You’ll need to find the front of the line — somewhere around 25th Avenue — because the buses will fill up and leave in order. The other option is walking a few blocks from the south side of park, out the exits toward Lincoln Way, and head to Judah and 34th Ave. to catch an inbound N-line Muni train. The further you go toward the ocean, the better the chance of getting a spot on the train — these will likely fill up the further they go toward the more crowded exits of the park.

3. Dress Warmly, Catch the Sun, and Plan For Chilly Nights

The weather is likely to be the same each of the three days this week, with morning and late evening fog, but some lovely, breezy sunlight in the late afternoons and early evenings. The high for each day is around 65 — but out in the park that could be a few degrees lower, and by sundown it gets very damp and cold out there. You can always spot the noobs, usually teenagers, teeth chattering and shivering through the last set of the night in their skimpy outfits because they didn’t listen to their parents and bring a layer.

This festival footprint is huge, and it gets very dusty. You don’t need to wear your ultra-white sneaks, and people are just going to step on them anyway. You will walk many miles before this fest is through, unless you plan to hunker down at the main stage and never leave — which would be weird. So dress your feet accordingly.

5. Cocktails Before Beer, or Just Stick to Weed

Festivals make a lot of their money on booze, and you’ll see how with the prices. The bars in the VIP areas and along the meadows will be charging an arm and a leg for a tiny vodka soda all weekend, and the only “real” cocktails to be found are either at brand-specific booths (Bulleit, Ketel One, Bacardi, Gray Whale Gin, and Don Julio are all doing setups), or there are pre-batched drinks on tap at Cocktail Magic — the bar area in the center of things, tucked in the woods halfway between the two main stages (Lands End and Twin Peaks). Those drinks are usually pretty good, priced around $16 or $18, and the best ones run out — and the lines here get insane after about 6 p.m. So my advice, grab a cocktail or two on the early, pre-happy hour side, and then just stick to beer at whatever concession has the shortest line on your way to wherever you’re going. You can also grab full pours of wine at Wine Lands, or craft beers at Beer Lands, for a premium. In Grass Lands, as of last year, you’ll also be able to buy and consume cannabis products, so there’s that too — and this year they have DJs in there.

The Music Den by Toyota — in the wooded area between Beer Lands and Cocktail Magic — looks like a mini car show situation, advertising Toyota vehicles while also letting passersby “take an Aura Portrait to capture your luminous energy,” and “personalize an Arm Candy bracelet and grab a silkscreen canvas tote.” There’s also a small stage in there with its own lineup on the daily schedules, and likely the ability to see pretty small, acoustic sets — Friday’s includes two artists who play the bigger stages earlier in the day, New Zealanders The Beths, and Bay Area-raised artist ODIE.

I know, you might be on drugs and have no time to eat. Also, it’s sometimes hard to eat while standing up or while rushing between stages and you can worry about food later. But this is another reason to get there early, at least one or two of the days, when there are no lines and when there’s time to actually enjoy some eats before the acts you really want to see come on.

This is a festival that has always prided itself on a very bougie, very Bay Area food lineup, and there’s a lot to try. Super-popular Oakland Cambodian restaurant Nyum Bai will be serving Kampot fried chicken and Khmer noodles; Fable in the Castro will be serving up fat, 1/2-pound double cheeseburgers with house-cut fries and mac-and-cheese croquettes near the Panhandle stage; Koja Kitchen will be serving some great stoner food nearby with their Korean BBQ Beef Kamakaze Fries; Mister Jiu’s spinoff Mamahuhu will be over along the Polo Field serving a sweet and spicy chicken sandwich, Chinese-American sweet-and-sour chicken, and mapo tofu fries; Media Noche will be doing their Cubanos on the Polo Field as well; East Bay burger pop-up Smish Smash will be doing smashburgers nearby; new Lower Haight spot Otra will be on hand doing chicken tinga taquitos and spicy kanpachi ceviche, also near the Lands End stage; and for pizza options, you have Mozzeria, Pink Onion Pizza, Escape From New York, and, in VIP, A16.

8. Allow Time to Chill, But Last Songs Are for Suckers

I may be showing my age here, but it sucks to be part of the cattle herd trying to escape the festival gates after everything is fully over over, and the last acts have done their last songs and pre-scheduled encores. If you can pry yourself away, you’d be smart to do so. The kids can fight for those buses.

And when it comes to strategizing, take some time to chill this weekend and enjoy some music! A plethora of choice isn’t always a great thing, and in the time it takes to get from the front of the Twin Peaks Stage to the Sutro Stage, you could miss several good songs, so make sure it’s worth it.

Facebook
Twitter
Pinterest
WhatsApp
Previous articleSingle-Day and Three-Day Tickets Still Available for Outside Lands, Saturday Running Low, Some VIP Sold Out
Next articleDay Around the Bay: Outside Lands Will Livestream Phoebe Bridgers, Lil Uzi Vert, Many Other Acts