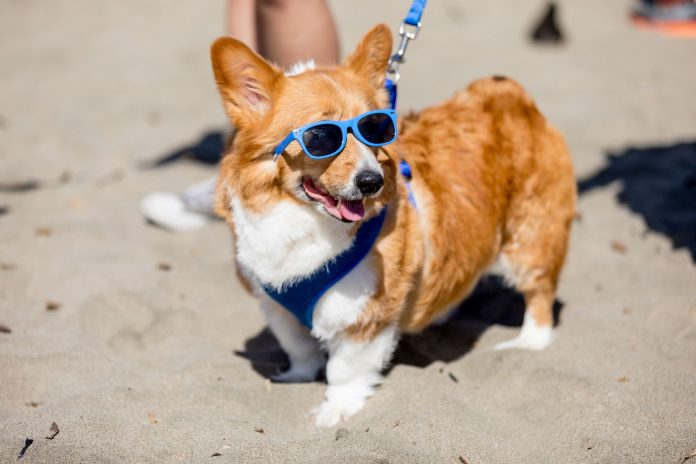 For the first time since the fall of 2019, hundreds of stubby-legged bundles of joy gathered at Ocean Beach Saturday afternoon for the first Corgi Con held since the COVID-19 pandemic began. And yes: the day’s events were as cute and serotonin-soaked as you’d imagine they were.

The weather couldn’t have been better suited for Saturday’s return of Corgi Con — the beloved San Francisco event that’s known for drawing hundreds of corgis and thousands of bipeds (who fancy the short-standing dogs) to Ocean Beach twice a year. Usually held in July and again in October, the staple canine-focused happening — which was founded in 2014 — was forced into various delays and postponements caused by the pandemic.

my corgi went to corgicon yesterday look how cute she is pic.twitter.com/md0UxYfKrY

Corgis were dressed like Baby Yoda; corgis donned costumes inspired by contemporary pop stars; corgis displayed an immense amount of patience as fans of the GIF-able breed asked their owners for pictures during the Saturday’s festivities.

Perhaps the most well-known canine in attendance Gatsby the Corgi (of YouTube and Instagram fame) sat calmly as people posed with him. In fact, fans were seen queuing up in lengthy lines to snap a picture with Gatsby throughout the day, according to the Chronicle.

Having started around 10 a.m., the present corgis spent the better part of Corgi Con’s first two hours meandering through the sea of people, visitng a few on-site booths with their humans, and being subjected to posing for smartphone-wielding attendees.

By noon, a jumbled group photo of the dogs was attempted, which welcomed all sorts of jovial absurdity, humor, and general contentment. Sandwiched between the event’s concluding corgi races, attendees and owners were treated to a costume contest and a Ninja Warrior-like competition starring competing corgis.

Come 2 p.m., corgis began moving out from the second and fifth stairwell at Ocean Beach, their owners holstering merchandise bought on-site — with any unsold goods expected to make their way online in the coming days — and grinning from ear-to-ear. You could say that wells of serotonin were, indeed, had Saturday afternoon during Corgi Cong’s first 2022 festival.

If you didn’t find yourself navigating over hundreds of wagging corgi butts yesterday, here are some of our favorite images uploaded to Instagram from the feel-good happening.