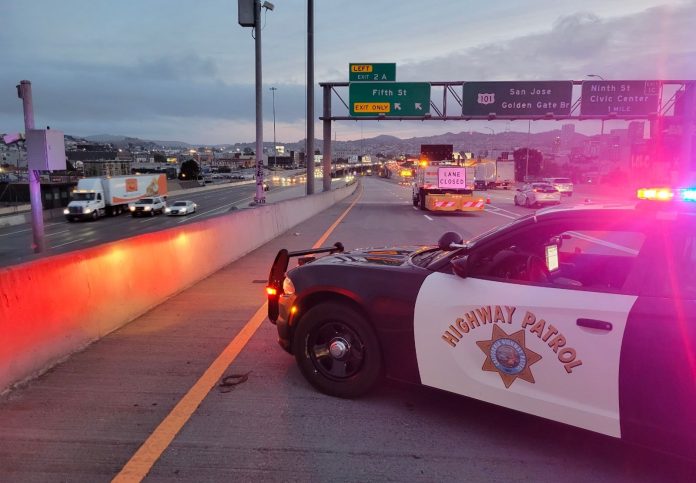 A rollover crash on Highway 101 near Cesar Chavez Street in San Francisco was snarling traffic in both the northbound and southbound directions Thursday afternoon.

The crash occurred around 1 p.m. in the southbound lanes of the freeway, as the 511SFBay Twitter account reported.

As KPIX subsequently reported, at least two southbound lanes — the left ones — were blocked in the aftermath of the crash, as well as the left-most northbound lane of 101. CHP has issued a severe traffic alert.

CHP has not yet provided any updated details about how many vehicles were involved, or if anyone was injured.

Motorists are being told to avoid 101 in San Francisco and seek alternate routes around the traffic.

Facebook
Twitter
Pinterest
WhatsApp
Previous articleDreamforce Coming Back With ’Tens of Thousands’ Attending In September, Because What Could Go Wrong
Next articlePost-Recall School Board Reinstates Lowell High’s Merit-Based Admissions