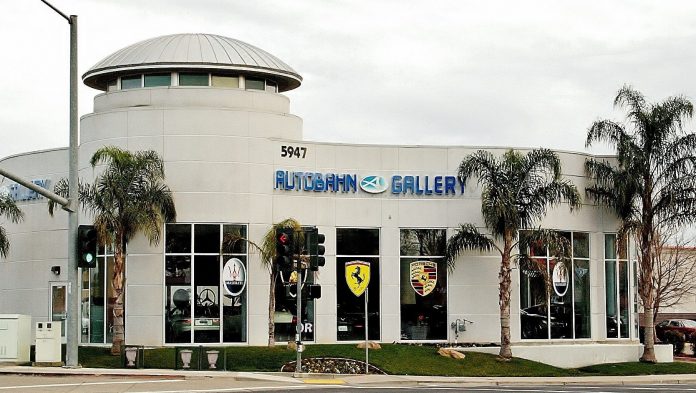 Same East Bay Suspect Allegedly Steals Two BMWs From Different Dealerships In a Week, Crashes One of Them

An alleged identity fraud scammer managed to get two different East Bay dealerships to sell him BMWs with fake ID, but promptly crashed one of the two.

It may seem like justice and/or a Darwin Award being handed out, when one reads this stunning KTVU story of an identity theft suspect who allegedly stole BMWs from two different East Bay dealerships around mid-June. The suspect may have gotten away with it, but he crashed one of the two vehicles, which led to the discovery of “15 credit [card] machines and a weapon in the trunk,” according to KTVU, and the suspect Philip Cedric Espina of Hayward was taken into custody.

But don’t laugh too quickly. The BMWs are now returned, but Espina himself has also been returned to the streets. According to KTVU, “the Alameda County Sheriff’s Office confirmed that Espina [was] bailed out the same day he was arrested.”

The whole strange saga is documented in the KTVU news video segment above, and begins in early June. When the 24-year-old Espina allegedly bought “a black BMW from a Walnut Creek dealership,” he apparently used false identification to get bank loan approval.

How do we know this? Because on June 13 at Autobahn Gallery in Dublin, he once again allegedly used false identification to buy a similar white BMW.

“This guy came in here, gave us fake information as a different person, and took one of our cars,” Autobahn Gallery sales manager Mike Saatchi told KTVU. “The banks approved it. It was good.  Everything checked out.”

The gig appeared to be up when Espina apparently crashed the black BMW in Oakland and was arrested. “They did a photo lineup and I identified him right away,” Saatchi told the station.

Seems he should have been dead to rights, but was not. This discovery of the credit card machines and a weapon in that BMW’s trunk was apparently made by the Walnut Creek’s dealership owner “when he got his black BMW back,” per KTVU. Which begs the question: did police search the trunk while Alvina was still in custody?

Either way, Espina had apparently already been released. This despite him already having pending “3 other outstanding court cases pending against him involving weapons, stolen vehicles and other charges” as KTVU reports.

KTVU’s Amber Lee reports that “Saatchi suspects Espina is part of a car and identity theft ring.” I’m no investigator, but that would be my guess too. He is still facing charges of identity theft, fraud, and a stolen vehicle.