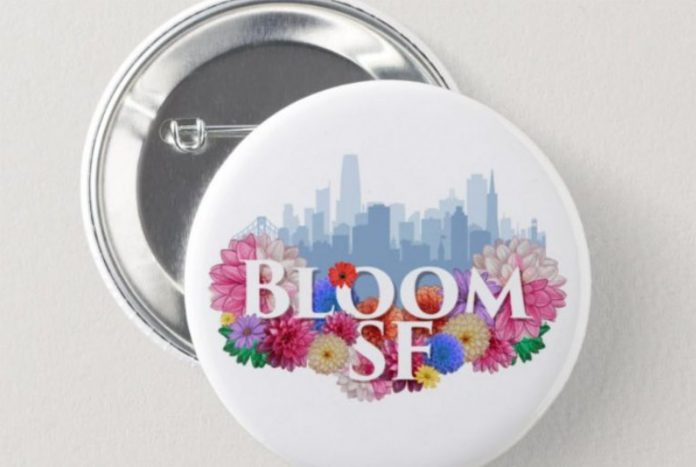 A program of outdoor festivities at multiple locations around downtown SF is being planned for the last week of March, and city officials really hope that someone is there to attend them.

Dubbed “Bloom SF,” this is sort of a do-over of what the city had planned for last summer, when we last thought the world might be getting back to normal, and before the Delta surge arrived and fucked everything up again. It’s not clear if the full $9.5 million was spent on last year’s Downtown Recovery Plan, but there’s a new plan, and it involves acrobats from Dear San Francisco, music acts, other entertainment and food. And the events will be going on between March 27 and April 2 at multiple locations: Embarcadero Center, the Ferry Building, Union Square, Westfield San Francisco Centre, Yerba Buena Gardens, The Crossing at East Cut, Salesforce Plaza, and the Transit Center rooftop park.

The announcement of the event programming follows two weeks after Mayor London Breed hosted a press event to announce her “Welcome Back to San Francisco pledge,” in which she had execs from Uber, Visa, Wells Fargo, Gap, BlackRock, Meta, Google, and many others sign on to the idea of getting their employees back to in-person work by the end of this month.

How many employees will actually be back at their desks more than once or twice a week this spring remains unclear, and even Google’s corporate announcement earlier this month was only forcing people back three days a week by April 4 — which could mean that a lot of Google workers in SF won’t be around to see the acrobats or food trucks or whatever the week before.

As the SF Business Times reports, there’s a separate but interconnected entertainment series happening in Union Square called Union Square in Bloom, which kicks off March 27 as well and runs for two months. That will involve floral displays outside businesses and in Union Square itself, and will culminate May 27 “with the entire area fully in bloom,” at least according to a press release. That’s being sponsored by the Union Square Alliance, formerly known as the Union Square Business Improvement District.

The exactly schedule and locations of stuff for Bloom SF have not been announced, but that should all be laid out here on the website in the next week or two.

So yes, the mayor, downtown delis, shops, and restaurants, and Union Square stores and restaurants, all would very much like for people to actually leave their homes again and come downtown. Yes, it may involve actually sitting in a cubicle you hate again, attending mind-numbing meetings that you can’t mute, and not being able to just block your calendar and go to the gym for two hours. But hey, acrobats!

Related: Mayor Breed Would Like You Back Downtown Working in the Office Again, Thank You Very Much

Facebook
Twitter
Pinterest
WhatsApp
Previous articleUber To Gouge You With New Gas Price Fee Now That The Oil Industry Is Gouging You
Next articleFacebook Relaxes (and Then Reverses) Its Rules Over Calling for Leaders to Be Killed, Because of Putin