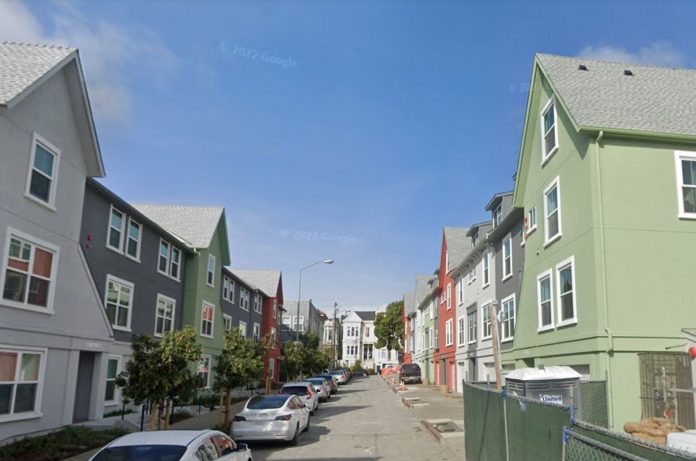 There was a homicide Thursday night in San Francisco’s Lower Haight neighborhood, and a 20-year-old man is dead.

The SFPD put out a release about the shooting, reporting that officers were called to the scene on the 400 block of Rose Street in the Lower Haight at 9:16 p.m. Thursday.

“After arriving on scene, officers located a 20-year-old male victim suffering from apparent gunshot wounds,” the SFPD says. Officers rendered medical aid, and the victim was transported to a hospital with life-threatening injuries, where he later died.

No arrests have been made in the case. Anyone with information about the shooting is asked to call the SFPD’a anonymous tip line at 415-575-4444, or you can send a tip by text message to TIP411 with “SFPD” at the start of the message.

This was San Francisco’s 24th homicide of the year to date.

Rose Street, the 400 block of which is a one-block-long alley that runs between Haight and Page streets, between Buchanan and Webster, was also the scene of a fatal shooting in October 2013.