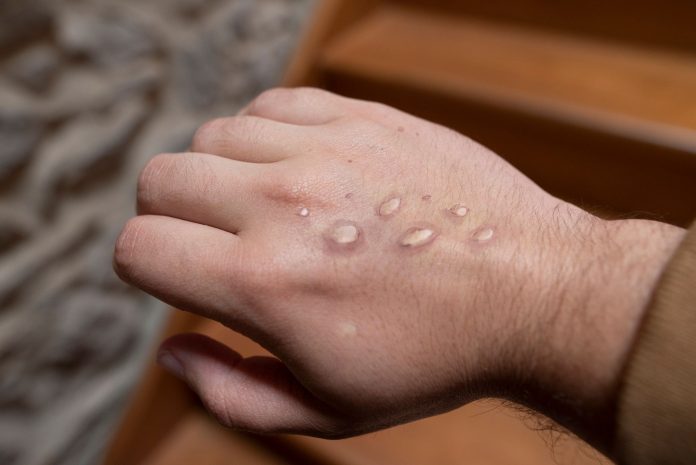 As if we needed anything else to put on our poo-poo platter of general anxieties, San Francisco reported its first suspected case of monkeypox Friday after a resident began displaying symptoms associated with the contagious disease; they are currently self-isolating and have noted they’ve been in no close contact with anyone in SF during their potentially infectious state.

As of publishing, the Center for Disease Control and Prevention (CDC) has identified 21 monkeypox confirmed cases in 11 states — “the numbers are expected to rise” — in an official report published yesterday. Characterized by its painful, red, raised, skin lesions, the current global strain of monkeypox has been observed to produce fever, chills, headaches, and general malaise. Compared to other strains, the one currently in widespread circulation is less lethal, with an expected fatality rate of between 1% and 3.6% and most deaths have been linked to an inability to access proper resources that could otherwise prevent death.

Nonetheless: The notion of going through our day-to-day lives pondering and worrying about and growing anxious around a second virus outbreak is enough to shake anyone to their core.

HEALTH ALERT: The first probable case of monkeypox has been identified in an SF resident. The risk to the general public is low, but having close contact with multiple people can put a person at risk if monkeypox is spreading in the community. More here: https://t.co/9i7zi1i09u pic.twitter.com/XnZg8FcnnS

For San Francisco residents, that idea inched closer to a reality when the San Francisco Health Department of Public Health (SFDPH) said the city is observing its first potential case of viral disease.

According to KRON4, SFDPH officials said Friday that the infected individual had traveled to an undisclosed location where an outbreak of monkeypox cases had been reported. While initial test results of the “probable” monkeypox case were done in a state lab, these results are now awaiting confirmation from the CDC; should the suspected monkeypox case, indeed, prove positive, it will become at least the 22nd reported infection in the United States at this current juncture

On Thursday, Los Angeles County City health officials reported its first suspected monkeypox case. Sacramento County has now both reported and confirmed one case, with another two suspected cases still waiting for CDC confirmation; the latter two probable cases were noted to be in close contact with the first confirmed case, per the Los Angeles Times.

However, SFDPH has reiterated that the risk to the general public is low, mostly in part because of how monkeypox spreads — it requires physical contact, usually involving exposure to a ruptured skin lesion containing the virus — and is nowhere near as contagious as COVID-19, which spreads primarily through airborne respiratory droplets.

Los Angeles County public health director Barbara Ferrer said to the newspaper Thursday that there is “no sign people should worry about a massive outbreak of monkeypox locally,” but we should be prepared and ready for an increase in cases.

It’s a similar opinion shared by UCSF Infectious Disease Specialist Dr. Peter Chin-Hong who was in an interview with KRON4 earlier this week and is far more “curious” about this growing monkeypox outbreak, rather than being outright “panicked.”