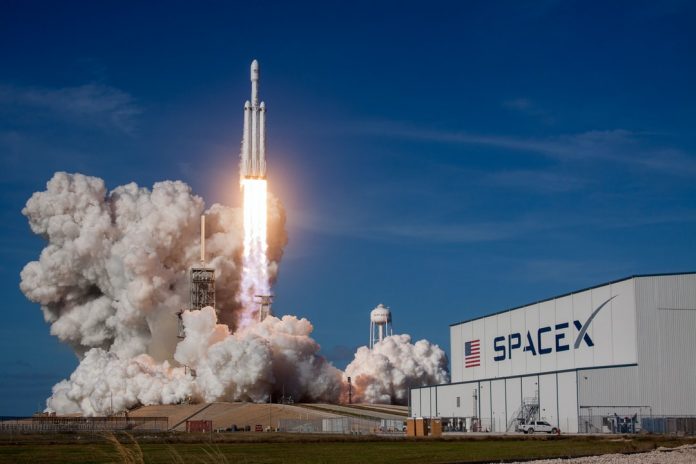 The same day that Elon Musk was scheduled to address the employees of Twitter — which could become the fifth company Musk currently lords over if a deal to buy it goes through — employees at SpaceX posted an open letter urging the rest of SpaceX’s leadership to acknowledge and account for Musk’s behavior.

The open letter, posted to a Microsoft Teams chat for SpaceX employees and reported on by The Verge, suggests that Musk is hurting the reputation of the 20-year-old spacecraft manufacturer that he founded, and that he’s violating the company’s own so-called “no assholes” policy. The letter comes just weeks after an allegation of sexual misconduct went public concerning Musk and a flight attendant employed by SpaceX.

“Elon’s behavior in the public sphere is a frequent source of distraction and embarrassment for us, particularly in recent weeks,” the letter says. “As our CEO and most prominent spokesperson, Elon is seen as the face of SpaceX — every Tweet that Elon sends is a de facto public statement by the company. It is critical to make clear to our teams and to our potential talent pool that his messaging does not reflect our work, our mission, or our values.”

The letter does not mention the sexual misconduct allegation directly, but this is clearly one source of employees’ angst — and in the wake of the allegation going public Musk only made a crude joke on Twitter relating to his alleged erection.

Musk is a fan of dick jokes, generally, like most straight bros on Twitter, and in response to something about Jeff Bezos’s SpaceX competitor Blue Origin, Musk at one point tweeted, “Can’t get it up (to orbit) lol.”

Finally, we get to use Elongate as scandal name. It’s kinda perfect. 🤣 https://t.co/qSNH7lsn72

The employees who penned the letter say that SpaceX brass should “publicly address and condemn Elon’s harmful Twitter behavior”, and the company should “hold all leadership equally accountable” for any bad behavior. Also, they should “clearly define what exactly is intended by SpaceX’s ‘no-asshole’ and ‘zero tolerance’ policies and enforce them consistently.” The company has a zero-tolerance policy for sexual harassment, and this letter implies that the writers believe Musk may be guilty in the recent case, or that other executives may have engaged in harassing behavior.

According to screenshots obtained by The Verge, “The letter generated more than a hundred comments in the Teams channel, with many employees agreeing to the spirit of the missive.” Employees were asked to “sign” the letter virtually, but it’s not clear how many of them have signed.

Musk addressed Twitter’s 8,000 or so employees at an all-hands meeting today, and he did take a few questions — though the whole thing appears to have been well controlled by the company’s marketing department, as the New York Times reports.

“In an effusive and at times rambling address, he touched on topics as varied as growth, potential layoffs, anonymity, Chinese apps, the existence of alien life-forms and even the cosmic nature of Twitter,” the Times reports, after listening in on the hour-long call — which Musk apparently participated in on his phone in what appeared to be a hotel room.

He notably dodged a question about potential layoffs after a takeover deal goes through, but his intentions were made pretty clear by his comment that “Right now, costs exceed revenue. That’s not a great situation.”

Musk has made clear, in a recent leaked email to Tesla employees, that he’s no fan of remote work, which Twitter currently has a very liberal policy toward. He gave a vague answer Thursday to a question about remote work, saying it might be more tolerable at a software company than one where people have to “show up” to make cars. But he suggested that there was a loss of “esprit de cours” with too many people always remote, and he hoped more people would come to the office in the future.

If the Twitter deal goes through, and Musk does make himself CEO, that would make four companies that he’d simultaneously be CEO of — Tesla, SpaceX, Twitter, and Neuralink, the SF-based brain-interface tech firm. He also founded The Boring Company, in what seemed like a joke based on a TED Talk, back in 2017, but that has someone else, Jason Wylanski, serving as its CEO. And as Business Insider reported, Musk is further linked to seven other companies, some of which may just be shell companies for real estate purposes.

One expert in corporate governance, Tulane Law School professor Ann Lipton, surmised to the Times that Musk may be “operating on two tracks” with today’s address to Twitter employees and his recent public hedging about the deal. Maybe, Lipton says, this is just part of one plan to bring in other investors for the deal if it happens. And the deal could still fall through, or Musk could perhaps use the angle about bot accounts to get out of it without penalty.

“Publicly talking to Twitter employees, trying to assuage their concerns, maybe gives reassurances to potential investors,” Lipton tells the Times. “But I’m not clear whether that’s his Plan B or his Plan A.”