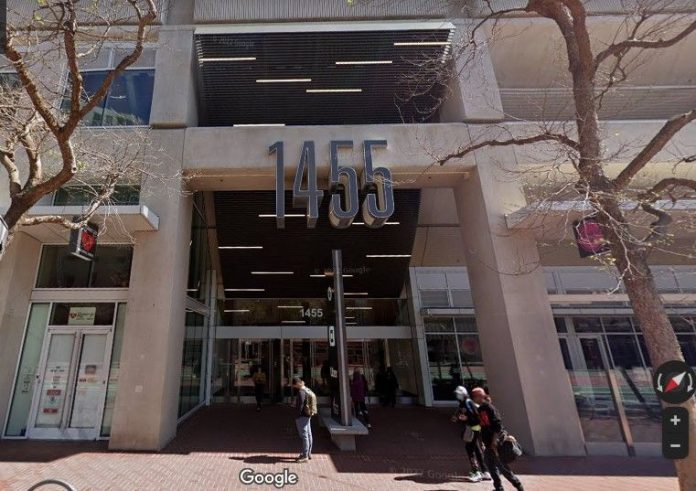 Another big tech firm is eliminating its mid-Market presence in San Francisco, with digital payment firm Block saying it will not renew its giant lease at 1455 Market.

Whatever you thought of the famed hub of Twitter Tax Break-era mega-startups like Twitter, Uber, Zendesk and the like, they certainly transformed the Mid-Market area for better or worse. But their pandemic-times embrace of remote work has created an existential crisis for the restaurants, cafes, and downtown hospitality scene.

That seems the saddest aspect of Wednesday’s news that the Jack Dorsey-founded payment company Block, previously known as Square, is abandoning their Mid-Market former SF headquarters, as the Chronicle reports. The Chronicle notes that Block’s 470,000-square-foot lease at 1455 Market Street expires in September of 2023, and the company had already removed the “headquarters” label on the space when they instituted a permanent work-from-home policy.

It’s unclear how many employees worked at that particular mid-Market office pre-pandemic (the same office building used to be Uber headquarters), but the Chronicle notes that worldwide, “Block had 8,521 employees at the end of 2021.” Square will still occupy smaller office footprint at 760 Market Street and 2101 Mission Street, and recently acquired space in the Phelan Building. Block still maintains the product Square, plus the Cash App, and Jay-Z’s streaming music thingy Tidal.

As the San Francisco Business Times explains, the company signed the lease in 2012, and it expires next year, so this is just a normal non-renewal. But as the Business Times also explains, and perhaps this is more significant, Block was “facing down millions of dollars in rent obligations for ‘unused office space’ nationwide,” and that “The company’s rent expenses jumped from $23.3 million in 2018 to more than $75 million in 2020.”

Twitter is still in the neighborhood, but who knows how long if this Elon Musk dalliance actually comes to pass. (He has indicated there would be layoffs, and there’s the possibility of a headquarters move). The Business Times adds that office “vacancy rates were at 33.7%” in Mid-Market during the  the first quarter of 2022.

This cutback seems mere belt-trimming, and not a canary-in-the-coalmine freakout about Block’s long term prospects. This is not a tech calamity the magnitude that faces cryptocurrency firms, as we are seeing this week with the Coinbase layoffs and the possible ungluing of Kraken.

But Block’s name is Block, which they chose to make themselves more blockchain-first looking, and that whole Web3/blockchain whatever-it-is has taken a financial beating in recent months. Block has some exposure there, and if we see that sector full-on collapse, that could knock the company’s block off.