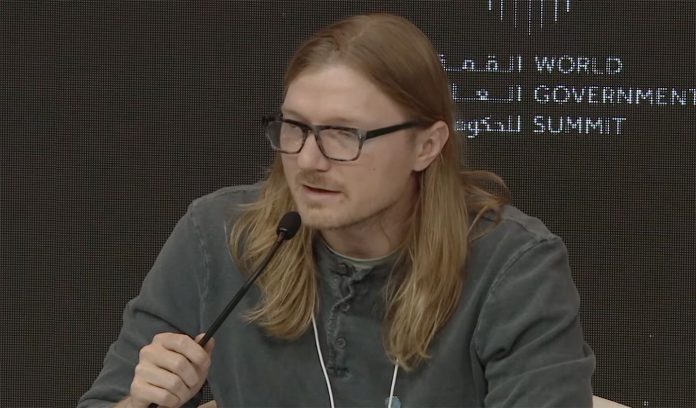 Jesse Powell, the CEO of Kraken, which is second only to Coinbase in the world of crypto exchanges, may be exhibiting some of the stress of the moment as crypto prices plummet. But in contrast to Coinbase, which just announced big layoffs, Kraken is perhaps just encouraging some natural attrition by laying Powell’s libertarian and anti-woke beliefs on the table.

“When things were rosy, everybody got along,” Powell wrote in a Twitter thread that’s now being widely discussed. “When things started to look grim, sensitivities and the misalignment came through. People focused on minor slights, first world problems rather than our really big, important mission to help billions of people.”

Powell goes on to say that around 20 employees who were largely recent hires are “sap[ping] the productivity out of another 400 with little effort” via debates and discord around things like gender pronouns, racism, and gender equality.

“Funny thing is the biggest activists have the most myopic view of the world,” Powell writes. “They don’t realize how discriminatory they are to others. You want to be ‘inclusive’ by asking an ESL Saudi candidate his pronouns/gender in a job interview?”

7/ I entertained debate for a bit because I'm open minded. I can be convinced. Team should have input in to policies. Problem is I'm way more studied on the policy topics, people get triggered by everything and can't conform to basic rules of honest debate. Back to dictatorship.

The comments, posted just after midnight Wednesday morning, appear aimed at getting ahead of a “hit piece” expected from a journalist with whom Powell said an employee had likely shared internal chats “without context.” But the thread also follows a series of company postings — including one blog post about a “global hiring push” that seems aimed at distinguishing Kraken from Coinbase one day after Coinbase’s announcement of a 20% staff cut — aimed at telling Kraken employees it’s time to put up or shut up and find other employment.

The New York Times has a lengthy piece about the company’s internal strife, which may or may not just involve the 20 or so employees as Powell has characterized it. Tensions date back to at least April on the company’s internal Slack channels, the Times reports, after a Kraken employee posted a video in which two women said they’d rather have $100 cash than one Bitcoin‚ with one Bitcoin at the time worth around $40,000. In the vein of crypto-bro and toxic-male tech culture, the employee added the comment, “But this is how female brain works.”

Fast-forward to June 1, and Powell called a company meeting in which he presented what he called the company’s “Jet Ski Program,” and then posted a document outlining a series of company core values that employees had to embrace if they wanted to work there. One of those core values, as The Verge reports, was “Life, Liberty and the Pursuit of Sound Money,” which “explains that Kraken is founded on belief in the constitutional basis for free speech, free markets, and armed self-defense.”

Another core value: “Someone Must be Offended, Some of the Time.”

“If nobody is ever offended, we either don’t have enough diversity of thought or we don’t have enough transparency in communication,” the document says. “We are pushing the envelope, treading in uncharted territory, and doing what has never before been done. If it feels easy or comfortable all of the time, you’re probably doing it wrong.”

The “jet ski” part comes in a document that employees were given two weeks to sign, stating that they embraced the company’s values, or else they could leave and get four months pay. “We want it to feel like you are hopping on a jet ski and heading happily to your next adventure!” the memo reportedly said.

Powell seems like the sort who revels in the ability to say what he feels like on social media — in the vein of Elon Musk — without consequence to his professional life or his company’s fortunes. Though in contrast to all these espoused libertarian and free-speech ideals, Powell has reportedly taken legal action against anonymous reviewers who posted negatively about Kraken as an employer on Glassdoor, as the Times reports.

Powell has also embraced “bodily autonomy” and the company reportedly took a stand against vaccine mandates, because of course.

Powell, 41, is one of the early pioneers of crypto, having founded Kraken in 2011. The company has been headquartered in San Francisco, however the Times notes that it is largely remote now — and here’s a 2018 blog post by Powell decrying SF’s Prop C and how it would drive tech companies to all go remote and leave SF. (“The city’s pathological tolerance and enablement of antisocial behavior has resulted in its deterioration to a shit-covered, syringe-laden, zombie-overrun dystopia,” Powell said.)

And all of this “culture” stuff spilling out about the company may in fact be strategic. As some anonymous employees told the Times, this “may be part of a wider effort to push out workers who don’t believe in the same values as the crypto industry is retrenching.” And another Kraken employee, Christina Yee, reportedly said in a Slack channel, “C.E.O., company, and culture are not going to change in a meaningful way. If someone strongly dislikes or hates working here or thinks those here are hateful or have poor character, work somewhere that doesn’t disgust you.”

This is not unlike Musk’s recent ultimatum to Tesla employees that if they insisted on working remotely they could “pretend to work somewhere else.”

So, maybe crypto is over and the sky is falling, or maybe this is just a blip and all these crypto bros have really been on to something that most of us are too dumb understand.

But this wouldn’t be the tech economy without some sort of racism/sexism/homophobia/anti-PC rage bubbling up every so often!