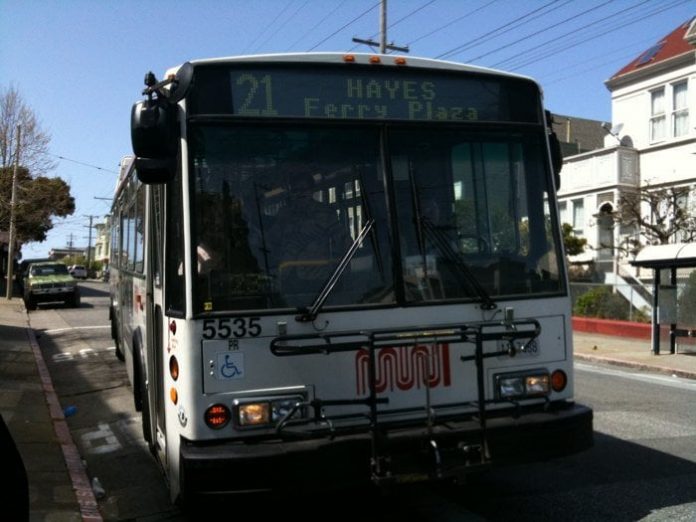 The 21-Hayes Returns Saturday, Along With Previously COVID-Canceled Buses 6-Haight-Parnassus and 2-Sutter

Three semi-major Muni routes that have been on mothballs for nearly two and a half years will return Saturday, with many other lines being extended back to pre-pandemic levels, and transit lovers are planning a 21-Hayes party.

It’s stunning to look back to just six months ago and realize how many major Muni transit routes were still on hold (or replaced with weird bus routes) for the pandemic. Most of these have since returned at more or less full power, but a few pretty major routes have remained on hold, and even faced existential crises about their future.

That all ends this weekend, with several big “temporarily suspended” routes coming back on Saturday.

Reminder: This Sat., 7/9, the next phase of the 2022 Muni Service Network will go into effect. Changes include the return of the 2 Sutter, 6 Haight-Parnassus and 21 Hayes (with some route changes), as well as other route extensions and modifications. https://t.co/ZxuoV6n2oA

The SFMTA has announced that the 21-Hayes, 6-Haight-Parnassus and 2-Sutter will return to service Saturday, July 9.  Those reinstatements coincide with a number of other “route extensions and modifications” that also go into effect Saturday, mostly intended to return Muni to its pre-pandemic normal.

These are not full restorations of all three routes. While the 6-Haight-Parnassus returns in full from its pandemic hibernation, the 21-Hayes will run a slightly different route on a small portion near Civic Center. The 2-Sutter will see some slight changes as well, in the Inner Sunset. But still… it’s great to have these routes back!

And hell yes the transit nerds will be celebrating with a party on Saturday when the 21-Hayes returns to service. As seen above, there is a Welcome Back, 21 Hayes event scheduled for Saturday afternoon.

Join transit advocates, SFMTA, @DeanPreston & others in celebrating the long-awaited return of the 21 on July 9th @ 1pm at the Hayes Valley Playground! 🚌🥳 From there, we will ride the 21 to Golden Gate Park & learn about Rec & Parks Adaptive Bike program at the McClaren Lodge.

Per the above announcement from SF Transit Riders, the people who are actually planning to do this will meet at Hayes Valley Playground (Hayes and Buchanan Streets) at 1 p.m. “From there, we will ride the 21 to Golden Gate Park & learn about Rec & Parks Adaptive Bike program” at McLaren Lodge.

The full list of Saturday, July 9 Muni route changes can be found here, and these also include slight modifications to the 28-19th Avenue, 43-Masonic, and 49-Van Ness-Mission lines.

Related: ‘Butt Divots’ Are Coming Back, as Muni Is Rolling Out New, Redesigned Train Seats [SFist]