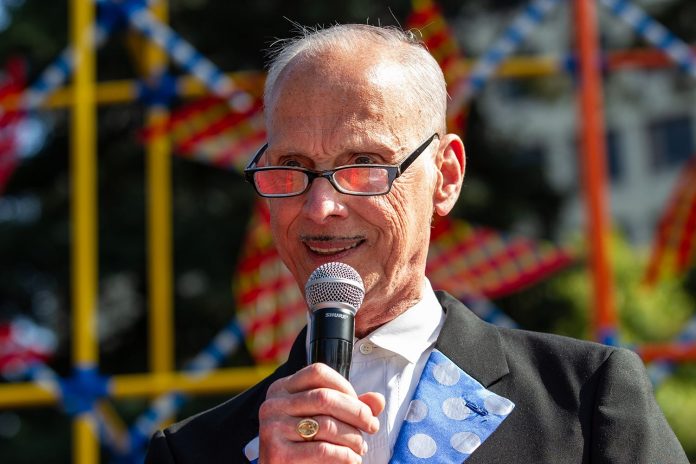 Fans of queer punk, 90s riot grrrls, garage rock, and the like should be aware that Kim Gordon, Bikini Kill, Shannon Shaw, and the Pansy Division are all playing at this weekend’s Mosswood Meltdown, with John Waters hosting, and there are still tickets.

The festival formerly called Burger Boogaloo was already going to rebrand itself before “boogaloo” became coopted by a weird and occasionally murderous, internet-borne sect of the alt-right — due to some sexual assault allegations connected with the namesake record label, Burger Records. And this year it is back at Mosswood Park with frequent host John Waters on hand to emcee.

Waters and Shannon Shaw — of Shannon and the Clams — are headlining what was supposed to be a grand re-opening event for Thee Stork Club tonight in Oakland, but as the Chronicle’s Zack Ruskin reports, that’s hit a last-minute snag. Thee Stork Club (formerly just Stork Club on Telegraph Avenue) hasn’t gotten its final permits in time, so the show is moving over to Eli’s Mile High Club, which shares two owners with the new/old Stork Club.

That show/party is $35 at the door, first-come-first-served, and will also feature Snooper and a DJ set from Chris Owen.

There are also afterparties at Eli’s Saturday and Sunday that are just $5 to get into, also first-come-first-served.

As Hoodline previously reported, the revamped Thee Stork Club has taken John Waters’ films to inspire its 70s dive-bar aesthetic, so it’s a shame he won’t be able to help christen it tonight.

Mosswood Meltdown/Burger Boogaloo hasn’t happened since 2019, but last year the organizers had a Halloween Meltdown that Waters hosted, and that featured performances by the Osees, the Mummies and the Gories, and more. That event will happen again this year as well in Mosswood Park October 8 and 9.

Below are the lineups for this year’s Mosswood Meltdown, which is happening Saturday and Sunday. And note that it’s about a three-block walk from the MacArthur BART Station.