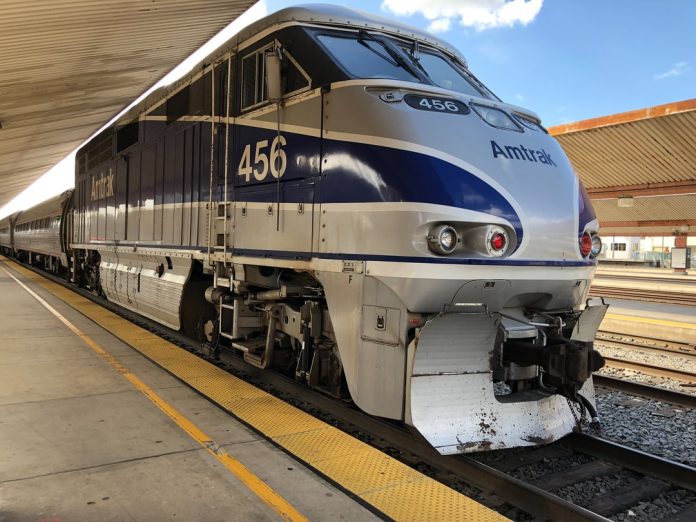 Three women were killed and three other people, including a child, were injured Sunday afternoon when an Amtrak train barreled into a car that was attempting to cross a railroad crossing that had no official signs on it.

The accident occurred around 1 p.m. Sunday in an unincorporated area of Brentwood. The railroad crossing in question is at the intersection of Orwood Road and Bixler Road in eastern Contra Costa County, and the railroad is operated by BNSF Railway.

As Bay Area News Group reports, the train collided with a Honda Civic, killing three women, and the car subsequently careened into a parked SUV about 60 feet away, sending both down an embankment. The Honda was traveling north toward a fundraiser that was happening nearby for the family of a Brentwood resident who died less than a week ago, and the Amtrak train was traveling west.

Also injured in the crash were a man, a child, and at least two others. As Bay Area News Group reports, the women killed have been identified as Julia Mondragon, 41, of Dixon; Maria Nieves, 72, of Dixon; and Mercedes Regalado, 51, of Antioch.

Firefighters with East Contra Costa Fire were already at the scene tending to an attendee at the fundraiser who experiencing heat-related distress. They responded immediately to the crash scene.

The train stopped about a quarter mile past the crash, and none of the 80 passengers onboard were injured.

A BNSF spokesperson said the train line was closed down, and an investigation is ongoing. Amtrak has not publicly commented on the crash.

Mitch Bloomfield, who owns the adjacent Bloomfield Vineyards property where the fundraiser was occurring Sunday, tells Bay Area News Group that he had repeatedly over the years tried to get BNSF to install signage or a proper railroad crossing. In the absence of any signs indicating the active railway, Bloomfield had put up signs himself that said “Trains!”

This is the second incident of a fatality involving an Amtrak train in the East Bay this month. Earlier in the month, a person was struck and killed on the train tracks in Berkeley, near the Aquatic Park.