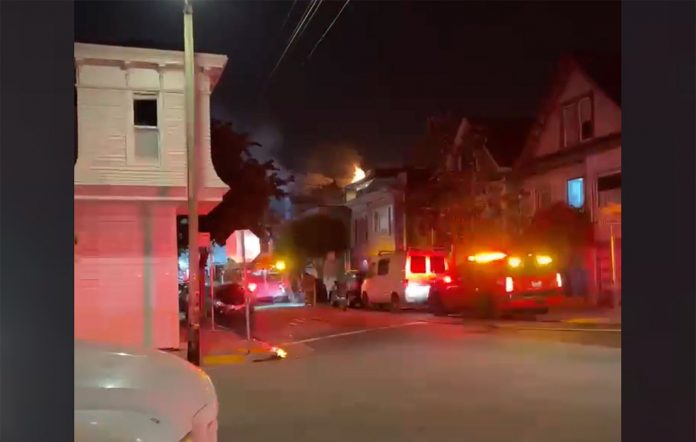 A late Sunday night house fire in SF’s Bernal Heights that burned into the early hours of Monday has displaced six people, and one firefighter was reportedly injured while battling the blaze.

The fire broke out around 11:20 p.m. Sunday at a home at 636 Moultrie Street, near Cortland Avenue.

The SF Fire Department tweeted an alert about the one-alarm blaze around 7 a.m. Monday, saying that the Red Cross was providing shelter for six displaced victims. The injured firefighter was treated at a local hospital and released.

1ST ALARM FIRE, 636 MOULTRIE ST, SF– 1123 PM– CONTAINED AT 0150 AM– 6 DISPLACED @RedCrossNorCal AND CITY SERVICES PROVIDING SERVICES–1 FIREFIGHTER INJURED (WILL BE OKAY) TAKEN TO ER FOR CARE AND HAS BEEN RELEASED. pic.twitter.com/572Ge4niL0

The fire was reportedly contained as of 1:50 a.m., and there was no further information about a possible cause.