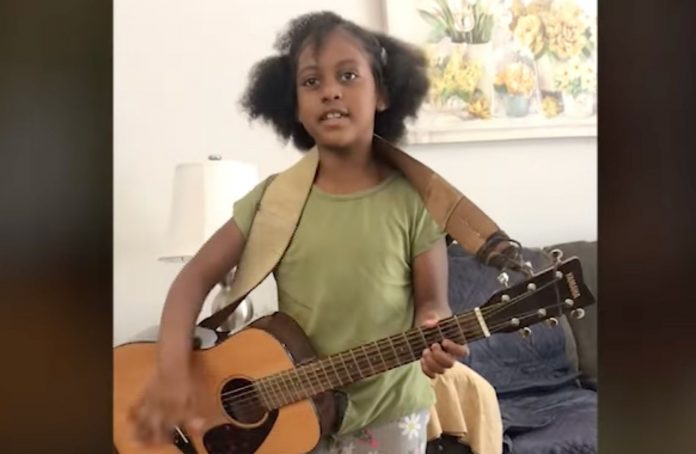 A clear example of a young girl whose case slipped through some (possibly very wide) cracks of the child protective services apparatus is now the subject of an investigative report.

The Bay Area was shocked back in March when we learned that eight-year-old Sophia Mason, who grew up with family in Hayward, had been found dead after months of apparent abuse at the hands of her mother and her mother’s boyfriend in Merced. Within days, we learned that family members had been sounding alarm bells with Alameda County’s protective services agency, the Department of Children and Family Services (DCFS) for at least a year, due to the behavior and history of her mother Samantha Johnson, who had largely been out of the eight-year-old life since she was born.

Now, Bay Area News Group has published the first piece of what may be a continuing investigation into Sophia’s family’s contacts with DCFS, and they suggest, the news group notes, that Alameda County may be running afoul of state laws that dictate the documentation and treatment of abused-children cases.

Samantha Johnson remains in custody at Santa Rita Jail, pending trial, and her boyfriend, 34-year-old boyfriend Dhante Jackson, has been at large since March. The young girl’s remains were found decomposing in a bathtub in a home rented by Jackson, and the exact date of her death has not been clear — at the time she was found, her grandmother had last spoken to her alive in December, and no one had seen her in months.

As the Bay Area News Group piece details, the bathroom where she was found had a “roaring exhaust fan and burn[ing] incense [that] failed to mask the putrid smell.” Investigators also found a child’s handprint in a metal shed behind the house where Johnson said they had locked the girl at times for “punishment.” As SFist previously reported, Johnson admitted to investigators that “she removed her daughter from the shed in early February and she was covered in feces.”

Sophia’s aunt, Emerald Johnson, tells Bay Area News Group that she made at least three reports to DCFS in 2021, after her sister had abruptly returned and reclaimed custody of the girl. A cousin, Melissa Harris, explains that “Samantha’s intellectual capacity is no greater than that of a 10- to 12-year-old,” and she had a history of substance abuse, so the entire family was “horrified” when she took the child away last year.

Investigators believe that Samantha Johnson took her daughter to Southern California for several months, and there is evidence that while there, Samantha was trying to support herself with an OnlyFans account, creating pornographic content.

She returned in November to the Central Valley and resided in Merced with Jackson, and it was from there that Sophia spoke to her grandmother last in December, saying she was staying with her “daddy.”

But when Emerald Johnson and the grandmother saw the girl at a meeting in a Hayward park, along with a DCFS caseworker and a social worker, they say she looked thin, and “showed up shaking and crying, her body bruised and scabbed.” Johnson said the girl cried and said she wanted to go with her, but the county caseworker that day allowed her to return to her mother’s custody, and multiple documents filed about Emerald Johnson’s multiple reports show “inconclusive” evidence of abuse.

“Allegations appear to be unfounded. Case closed,” the files said.

Seven reports of abuse or general neglect were made about Sophia in 2021 alone.

After Samantha Johnson was arrested, she reportedly admitted to investigators that the girl was physically and sexually abused, and that an autopsy would likely show evidence that she had been raped by Jackson.

More is likely to be discovered about this case, and how the system so clearly failed Sophia Mason. Alameda County DCFS obviously won’t officially comment, but an anonymous employee reportedly told Bay Area News Group, “Anytime you get more than three or four referrals on the same kid, something is not right,” and caseworkers should been giving the case a deeper look.