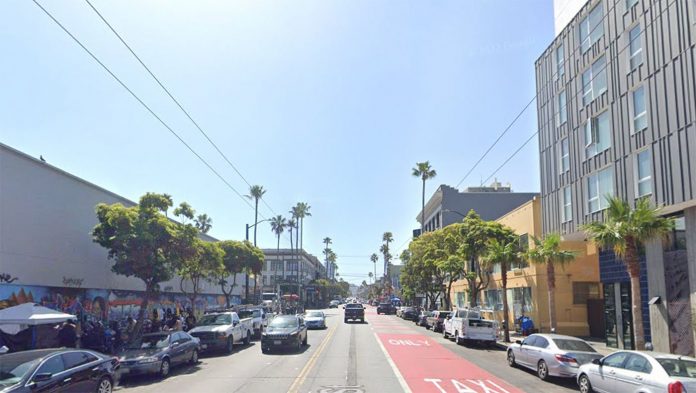 A woman was shot and injured early Thursday morning while sitting near the intersection of 16th and Mission streets.

The shooting was reported around 5 a.m., as Bay City News reports, on the 1900 block of Mission Street, which runs between 15th and 16th streets. The victim was a 61-year-old woman, and she was reportedly “sitting with friends” when she was shot, according to police.

She was transported to a hospital for treatment of non-life-threatening injuries.

There has been no arrest made in the shooting, and the SFPD is seeking information from possible witnesses.

Four months ago, a man was fatally stabbed a block away on the 1800 block of Mission Street. In March of 2021, a shooting nearby left a man critically injured. That shooting occurred on Wiese Street, an alley that runs between 15th and 16th streets, a half block west of where this morning’s shooting occurred.

Anyone with information about the shooting is asked to call the department’s tip line at 415-575-4444, or to send a tip by text message to TIP411 with “SFPD” at the start of the message.