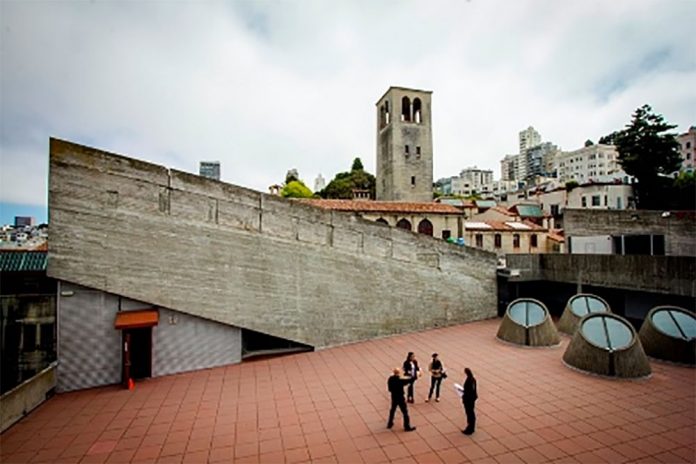 After Deal With USF Falls Through, SF Art Institute Again Looks to Be Shutting Down

The insolvent, 151-year-old San Francisco Art Institute once again looks to be out of options, after a merger deal brought by the University of San Francisco has fallen through.

In an announcement Friday, USF President Paul Fitzgerald said that the university had “informed SFAI leadership that it would not enter into a definitive agreement with SFAI due to business risks that could impact USF students, faculty, and staff.” Instead, USF has decided to expand its art department on its own.

The merger deal was announced in early February, two years after SFAI announced it would be closing due to declining enrollment and insufficient financial resources. As of mid-2020, the school had just 79 students enrolled (another report said more recently there were 300 enrolled), down from 600 in 2013, and non-tenured faculty were all laid off.

USF said it would enter “a period of due diligence” in February which appears to have concluded this month. Had the merger gone through, USF would have inherited SFAI’s historic campus on Chestnut Street, as well as its art and film collections, but it also would have inherited the school’s considerable debts. The UC Board of Regents bought SFAI’s debts in mid-2020, to the tune of $19.7 million, and that was likely at least one issue at play here.

As the Chronicle reports, another issue was likely a complicated trust that underlies the ownership of the land that the Chestnut Street buildings sit on. The half square block of prime Russian Hill real estate was donated by a benefactor, however the trust dictates that it must be deeded over to UC Berkeley in the event that it is no longer in use as an art school — which may explain why the Board of Regents was able to assume those debts.

This leaves SFAI unable to continue as a degree-granting institution, but the school issued a statement saying that it would continue on as a “nonprofit organization to protect its name, archives, and legacy.” The school will vacate and presumably sell the Chestnut Street campus, but retain ownership of the 1931 Diego Rivera mural inside, which has also been the subject of much consternation as the school has faved this financial crisis.

At one point in early 2021, it was reported that the school’s board had been in some closed-door discussions about possibly selling the mural — which likely can’t be moved without great difficulty and risk of destruction — and one rumored buyer was George Lucas, for his currently under-construction Lucas Museum of Narrative Art in Los Angeles. There was also talk about selling to SFMOMA, and making the campus annex where the mural is located into a off-site museum destination. (Incidentally, there is a Diego Rivera retrospective at SFMOMA that opens to the general public tomorrow.)

SFAI just had what was likely its final graduation ceremony, and the academic programs for fall 2022 had already been canceled. 16 tenured faculty will now presumably be let go.

The SF Art Institute, founded in 1871 as the San Francisco Art Association, moved into the Chestnut Street campus in 1926. Among the famous alumni and faculty are Dorothea Lange, Imogen Cunningham, Minor White, Edward Weston, Lisette Model, Clyfford Still, David Park, and Richard Diebenkorn, as well as Ansel Adams, who founded the first fine art photography department anywhere in 1945. The school also claims as part of its history hosting the first public showing of a moving picture, with an 1880 showing of Eadweard Muybridge’s Zoopraxiscope.