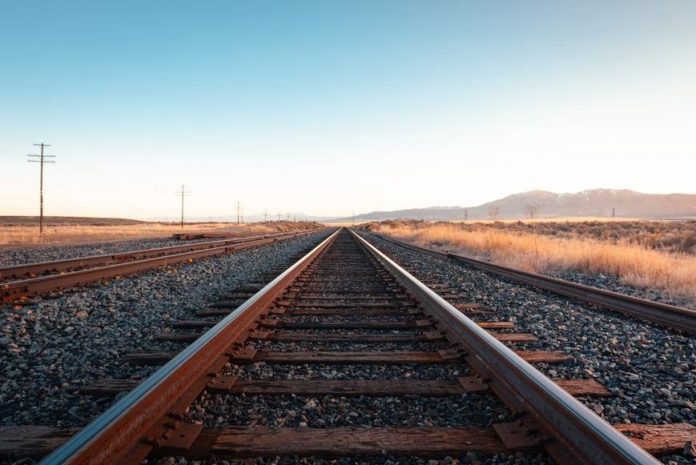 A 32-year-old man has been arrested on suspicion of murder after two very young Ukiah boys went missing Wednesday, and the body of one of them was found dead on a set of train tracks.

A terrifying situation for a parent in Mendocino County turned worse as Wednesday went on. That parent reported their two sons missing at 1:20 p.m. on Wednesday afternoon. By 4 p.m., the two-year-old son had been found by himself and “in distress” by the Mendocino County Sheriff’s Department, acting on a citizen tip. But worse yet, the one-year-old son was found dead on a set of train tracks about a half-hout later, the Bay Area News Group reports, and a person of interest is in custody.

As seen above in a Facebook post from the Mendocino County Sheriff’s Office, Edward “Two Feathers” Steele was arrested Thursday after being spotted at the Hopland Rancheria, a tribal facility. The two boys had been left under Steele’s supervision at a Ukiah hotel, and after the boys were reported missing, and when the search was on, the sheriff’s department said they “believed that he is avoiding law enforcement contact.”

The Mendocino County Sheriff’s Office post does not detail any charges against Steele, but the Bay Area News Group reports that Steele was “detained and booked into Mendocino County Jail on suspicion of murder.”

The two boys were spotted by another concerned citizen before they were reported missing. According to the News Group, the boys were seen at “4:50 a.m. Wednesday by a passer-by who was concerned about a man walking with two small children on Ukiah’s main commercial strip. Deputies who went to the area couldn’t find the three.” When the two boys were reported missing later that afternoon, deputies realized the connection.

The boys’ names have not been released, nor has the one-year-old’s cause of death been determined. An autopsy has been scheduled for today.