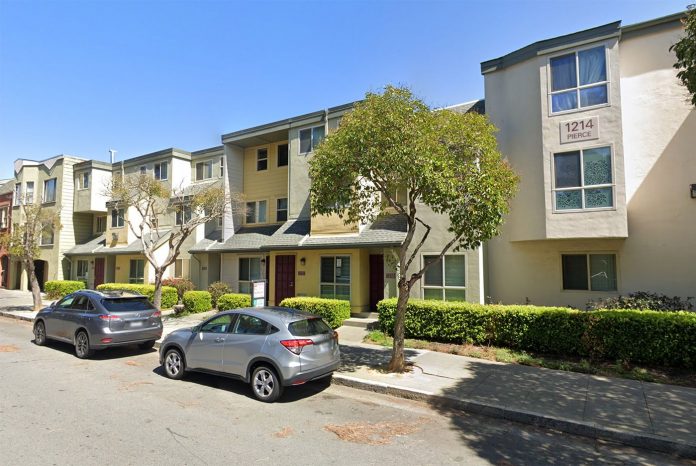 The bureaucracy of the U.S. Department of Housing and Urban Development (HUD) and the likely profit motives of one management company are once again running head-first into San Francisco politics and this city’s chronic housing shortage. And Supervisor Dean Preston is trying his best to keep a handful of tenants housed in one Western Addition housing complex.

Following the egregious missteps of the San Francisco Redevelopment Agency in the 1960s that saw much of the city’s Fillmore District leveled and its Black population — and long-standing music culture — displaced, a series of co-op housing and affordable developments sprang up as replacement housing.

The Martin Luther King-Marcus Garvey Square Cooperative Apartments, on the block bounded by Steiner, Eddy, Pierce, and Ellis streets, was one of the first of these. It was a co-op, which meant that people paid rent and received HUD subsidies, but they were also earning equity over time in their own units.

The development won accolades a decade ago for a full-scale renovation of its units by developer Related California. But it seems the complex has changed hands with management companies multiple times in the last year or so, and now several longtime tenants — who were not master tenants on original agreements but who in several cases continue to occupy units that belonged to now deceased relatives — have been served eviction notices, and they’re trying to fight back.

Supervisor Dean Preston, who has worked for years as an eviction defense attorney, held a press conference Friday morning with Supervisor Shamann Walton in the courtyard of the King-Garvey Apartments to call further attention to the plight of these residents. As Preston told the Chronicle last week, the dispute with management company Kalco Properties is “classic bureaucratic stuff that should be resolved through sitting down at the table and figuring out and not by calling the sheriff and going into court and evicting people.”

Kalco claims that the five units in question are currently uninhabitable by HUD standards and are therefore not eligible for subsidies. Also, the company claims, the five tenants they are trying to evict “were never approved for occupancy or ‘co-tenancy’ under the Occupancy Agreement for the unit nor did they participate in annual HUD required recertifications.”

And Kalco, which has only been the manager of record for a few months, may not be playing totally fair. In the case of one tenant facing eviction who spoke to the Chronicle, Verna Jackson, a retiree who used to work in the juvenile court system, she received an eviction notice after she went out of town for a few days to see her daughter graduate college in Florida — the notice claimed she had “abandoned” her home.

“I wasn’t even gone a week,” Jackson tells the paper. “Who are they to have to know where I am all the time?”

Another tenant, Muni bus driver Maria Hunter, tells the Chronicle, “My nieces and nephews were born in these complexes. My mother died in these complexes. Over the years [property managers] have systematically been getting rid of the original shareholders.” Hunter’s brother, a double amputee with both physical and psychological disabilities, resides in a unit in the complex where their mother recently died.

Other tenants tell the Chronicle that the real motive behind the evictions is to remove low-rent-paying tenants in order to replace them with higher earners who can pay more under HUD rules.

In a support letter for the tenants signed by 40 prominent local Black-led groups, supporters write, “Kalco has confirmed that the issues are not related to nonpayment, nuisance, or any misconduct. Instead, the issue is paperwork to ensure compliance with HUD regulations, something that should be achieved through mediation and discussion, not eviction.”

The tenants claim they have made efforts to become legal master tenants of the units, but they’ve been ignored or rebuffed by the company. And it’s probably telling that this complex has seen a parade of different management companies being hired and then disappearing — four in the last year.

The biggest factor at play here, which makes situations like these unique to the Western Addition and San Francisco, is the history behind these HUD complexes and the families who remain in them.

A similar situation arose in March involving HUD and a renovation of units at another nearby affordable housing complex, the Frederick Douglas Haynes housing complex on Golden Gate Avenue. As SFist reported at the time, Preston had stepped in after some tenants who were displaced for the eight-month renovation returned to find that their rent was being raised, in some cases, 182%. The nonprofit that owned that complex was claiming that, because they were federally funded, they were not constrained by the city’s rent-control laws for units that were not Section 8-subsidized.

Another co-op development in the neighborhood that has its own issues of deferred maintenance, the 382-unit Freedom West Homes bounded by Fulton, Gough, Golden Gate, and Laguna, is proposing a massive redevelopment project in which long-time co-op owners themselves will profit and get new units to live in as well. The status of that project is unclear.