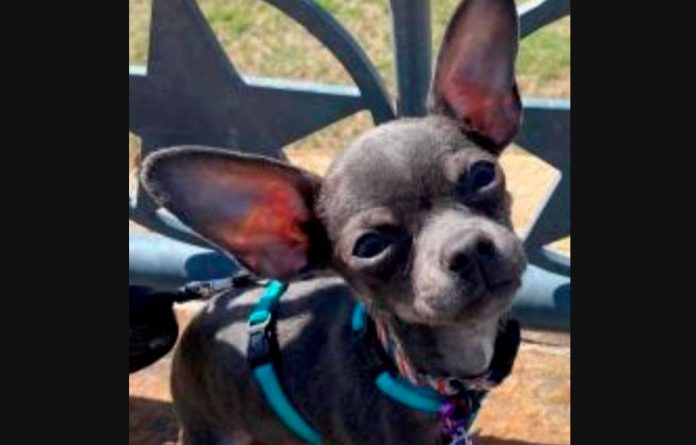 There is another story of a pet being stolen in the course of a smash-and-grab car burglary in San Francisco, and this time it was a beloved Chihuahua puppy stolen near Fisherman’s Wharf.

Arkansas couple Amanda and Rebecca Chapman brought their story to KRON4, saying that the theft occurred on May 24, and they still have not received any word from the SFPD. They say that 8-month-old Chihuahua Rylee was in their van, which was parked in a public lot at Kearny and Bay streets, and in addition to the dog, they lost luggage and electronics as well.

Amanda Chapman previously told the Chronicle that she had traveled here with her wife and mother to celebrate her 21st birthday, and that they had to cancel plans to go to Sequoia National Park in order to search for the missing dog.

This story echoes one from earlier this year, when a Southern California couple had driven to the Bay Area around the holidays with their beloved cat Minnelusa in tow, only to have the cat in her carrier stolen with some other items out of a garage in the Cow Hollow area. (Thankfully, Minnelusa was found and reunited with her family in January.)

Also, a San Francisco dog owner had his beloved Cavalier King Charles spaniel stolen out of his car in early 2020, and he paid $1,000 ransom to get the dog back.

“[It’s] angering almost because there’s no information about it and then it happens to you and people go ‘oh ya that’s a normal thing here.’ Well then let people know that,” says Rebecca Chapman, speaking to KRON4 about the car break-in.

Sadly, this is a common occurrence, and during the pandemic there were many, many news stories about how thieves in SF had turned to home break-ins in large part because there were no more tourist rental cars to plunder. In multiple high-break-in areas around the city there are, in fact, signs that warn tourists not to leave belongings in their cars, but not everyone reads.

And would you feel safe leaving all your luggage in a vehicle in any major city the United States?

“San Francisco is The Purge in real life. It’s crazy,” adds Chapman to KRON4. [Ed. note: I wouldn’t go quite that far!!)  “There should definitely be a warning label on the entire city.”

Anyone with information about the whereabouts of Rylee the Chihuahua should contact the SFPD at 415-575-4444, or text a tip to TIP411 and begin the message with SFPD.

Previously: SF Father Solves His Own Luggage Theft Case, Despite Lack of Action From ‘Do-Little Cops’