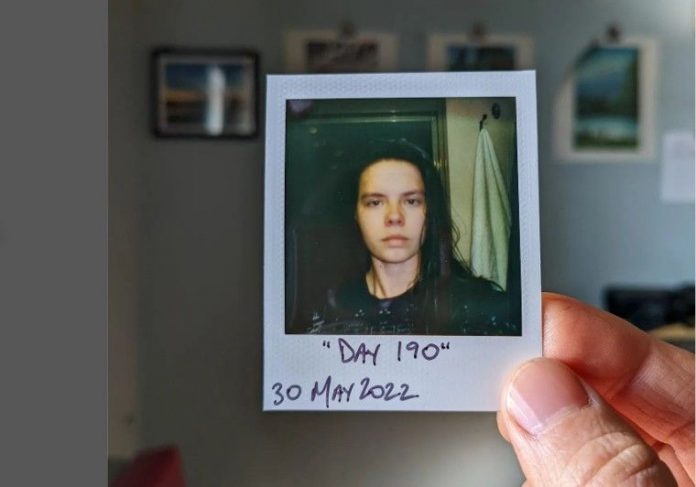 Wow, This Sucks: Bay Area Woman Has Been Stuck on Cargo Ship in China for Four Months

Vallejo Maritime Academy grad Madeleine Wolczko has been unable to leave a ship stuck near Shanghai for more than four months, as China’s COVID lockdowns have restricted the whole crew to being stuck on board.

Almost everyone reading this knows the feeling of getting COVID-19, or having a roommate or partner or family member who’s contracted it, turning their home into a miniature lockdown-in-your-bedroom situation. It’s awful, but it generally ends within a week or two. Not so for Madeleine Wolczko, a Cal State Maritime Academy grad who is currently the primary navigator of the U.S. cargo ship President Wilson. That ship left Oakland in January, but China’s lockdowns have left her restricted to the ship in port in Shanghai, and no crew members can leave the President Wilson.

Wolczko was supposed to have been home in March. She’s been documenting her agonizing, prolonged stay on her Instagram and her Youtube channel, today’s New York Times has a profile on her months-long saga stuck on the ship, which notes “Of the nearly 30 crew members onboard, she is the only woman.”

“It gets to a point where you really have to numb yourself to it, otherwise you spiral in this downward despair,” Wolczko tells the Times. “It definitely feels we are getting bludgeoned over and over again and at this point are just kind of taking the hits.”

Wolczko does have access to Youtube and Instagram, plus apparently some sound and editing gear. She’s turned the saga into a docuseries called Restricted to Ship, one segment of which can be seen below, detailing problems you would not realize you’ll encounter when stuck on a cargo ship for months in international waters.

“My cell provider has discontinued my data for the remainder of my time internationally because I left the United States in the middle of January,” Wolczko says in the segment. “If you’re out of the country for four months, they discontinue your data.”

The Chinese government has been as inhospitable as you’d expect during this extended nightmare. The crew have obviously bonded, but their many indignities and inconveniences are documented in the 30-minute episode below entitled (sigh) “50 Shades of Gray Water.”

“Out here we have nothing,” one of her crew mates says in the above video. “We have four-foot long cucumbers delivered by the local government that taste disgusting no matter how you cook them.”

It’s an awful plight, but Wolczko hopes her ordeal raises awareness about merchant mariners in situations like hers. “The big takeaway is that this needs to be in the public eye so much more than it is,” she tells the Times. “Just because we are so far out of sight, people don’t care, because they don’t know.”