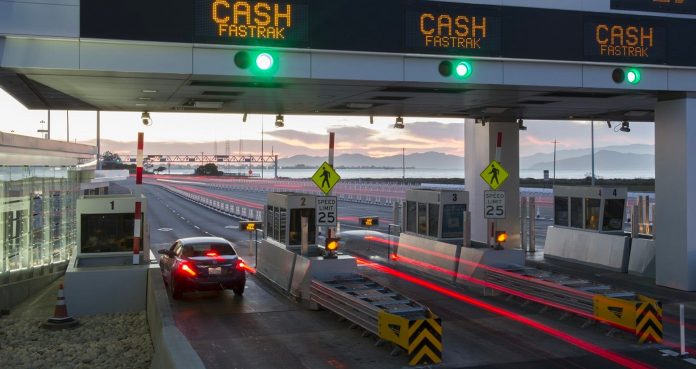 Following a committee vote last week, the Bay Area Toll Authority says that the days of pandemic leniency are over, and they will be coming after the hundreds of thousands of drivers who have accrued unpaid toll bills from crossing local bridges.

While most of the bills are small, $88 or less, the Bay Area Toll Authority is planning assess penalties that will drive up the potential revenue from this crackdown — and could lead to may poor residents of the Bay Area having liens placed on their vehicle registrations.

Ever since toll takers were removed from the last of the Bay Area’s bridges in the early part of the pandemic in 2020, the Bay Area Toll Authority (BATA) has relied on people to pay toll bills through the mail or the internet, sending bills based on automated camera shots of license plates passing through the toll gates. (If you already have FasTrak, you don’t get sent a bill for every toll.)

The Bay Area Toll Authority Oversight Committee voted 6-1 last week to un-suspend its policy on unpaid toll bills after two years of leniency, and people will have to pay the piper.

“I think we need to treat everyone like adults,” said Sonoma County Supervisor David Rabbitt, a member of the toll authority board, speaking to Bay Area News Group. “How can we walk away or turn our back on the significant amount of past due revenue?”

The move to crack down on these unpaid tolls has advocates for the poor, like Bay Area Legal Aid, crying foul, saying that the system is sure to unequally penalize those living at or near the poverty line. One issue is that poor people often lack bank accounts to link to a FasTrak account, and another is that notices of unpaid tolls or DMV liens often go to addresses on file with the DMV that are long outdated.

And the removal of the option to pay cash, to live toll-takers, also can be seen as discriminatory against the poor.

State Assemblyman Phil Ting (D-San Francisco) sounds like he plans to fight against the toll authority on this crackdown.

“The Bay Area Toll Authority should have identified these drivers sooner to provide earlier notice and create payment plan options,” Ting said to KRON4. “Bay Area drivers should not be penalized because BATA chose to remove their operators. The switch to using technology to pay tolls has disproportionately impacted drivers who don’t have debit or credit cards. Now many drivers who rely on their vehicles for work or to bring their kids to school may face not being able to renew their DMV registrations.”

The BATA plans to make some sort of exceptions for people whose income is 200% of the federal poverty line or less — $54,000 or less for a family of four.

San Francisco Supervisor Hilary Ronen, who sits on the BATA Oversight Committee, tells Bay Area News Group that she voted against the crackdown.

Ting encourages everyone to sign up for FasTrak, even if they do not have a credit card or bank account to link it to. FasTrak does allow for cash transactions, which can be done at the hundreds of FasTrak kiosks around the state, or at the FasTrak Walk-in Center located at 375 Beale Street in San Francisco.