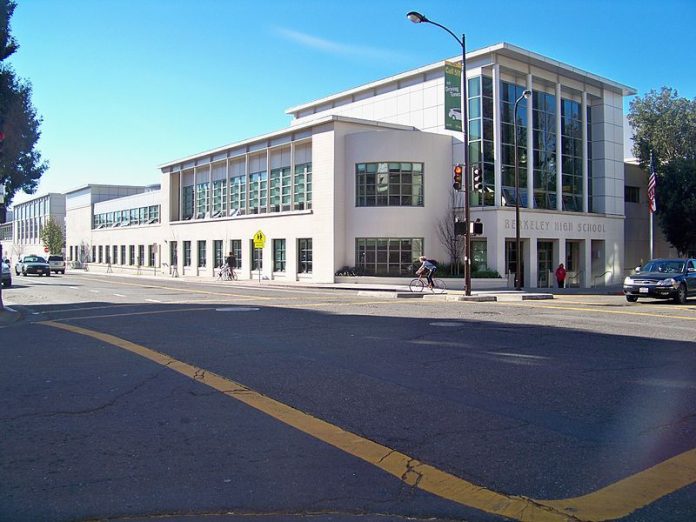 Berkeley Police looked pretty good compared to Uvalde, TX after a high school mass-shooting plot appeared nipped in the bud. But maybe it wasn’t, as parents learn police knew of the plot for nine full days before allowing the teen to turn himself in.

Today is the last day of the school year at Berkeley High School, but they are obviously not having a normal one. After news broke late Tuesday afternoon that a student was arrested for plotting a mass shooting and bombing at the school, it seemed like excellent police work by the Berkeley PD for thwarting the plan before anything tragic happened. After all, this took place against a backdrop of the constantly shifting Uvalde, Texas police explanations of their seemingly botched mass shooting response.

The teen police say had plans to carry out a mass shooting and bombing at Berkeley High School was arrested Monday, more than a week after police found weapons parts in his home. https://t.co/PvojnEZqk3

But the more we learn, the more parents and the Berkeley High community are questioning whether this was a slow-footed response. KTVU is reporting that it was not until eight days after police received a tip about the plot that police issued an arrest warrant, while Berkeleyside adds that it was not until nine days after the tip that the suspect was arrested, eight days after conducting a search at the teen’s home that turned up weapons parts and components of explosives.

It took 9 days to arrest the suspect in mass shooting plot at Berkeley High. Police explain why https://t.co/Rktqfjn5BB

Moreover, the terms of the arrest seem curiously generous toward the suspect. Berkeleyside reports that “the student turned himself in, following what BPD called an ‘arrangement’ his attorney had made with police.”

Students and parents were knocked back by the details. “It was, I think, extra shocking to know that we had been going to school for 10 days since the threat, without any of us being informed about it,” said Berkeley High student Bahia Rozan told KTVU.

Berkeley police note that their initial May 22 search of the suspect’s home, after receiving the tip on May 21, did not reveal any weapons that were actually ready to use yet. They add they did not have enough information to make an arrest. After conducting interviews, they could verify the threat. Per Berkeleyside, “the family of the teen and his attorney worked together to ensure that the student would be supervised and that he would not go to the school in the days that followed.”

“There’s this impression that we left the student out there to do whatever he wanted,” Berkeley Police Department spokesperson Officer Byron White told Berkeleyside. “That’s not the case.”

But even though the school year ends today at Berkeley Unified, you can understand why the community might not yet be breathing a sigh of relief. Their high school graduation ceremony is tomorrow, Saturday, June 4.

Facebook
Twitter
Pinterest
WhatsApp
Previous articleWhy Is This Prop A Ballot Measure Asking for Another $400 Million for Muni? An Explainer
Next articleHaight Street Fair Suddenly ‘Postponed’ Just Ten Days Before the 2022 Event