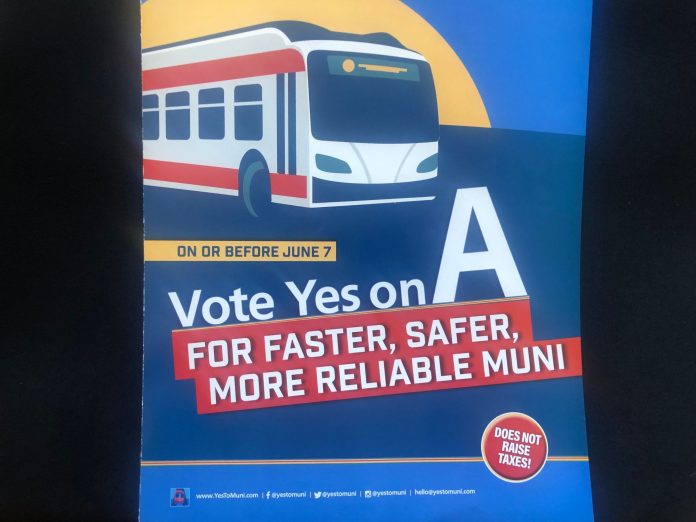 Why Is This Prop A Ballot Measure Asking for Another $400 Million for Muni? An Explainer

The SFMTA and Mayor Breed are asking SF voters to approve a $400 million Muni upgrade bond measure to lift it out of the floppy-disk era, and oddly, tech companies are writing huge checks to get this thing passed.

As of press time for this post, roughly $10 million has been thrown into the Recall Chesa Boudin effort (by both sides combined) according to the latest figures from the SF Ethics Commission. No other SF ballot measure has raised even $1 million cumulatively — except for a very perfunctory sounding Muni Reliability and Street Safety measure called Prop. A, which has raised $1.2 million in contributions. That measure is asking voters to OK a $400 million bond measure for Muni repairs and upgrades.

And its top donors are the last people you would expect to be top donors for a Muni ballot measure. GM’s self-driving car division Cruise has given $250,000 to promote the Muni bond, Salesforce and Meta (parent company to Facebook and Instagram) have contributed $50,000 each, Lyft has given $25,000, Airbnb has kicked down $20,000, and fintech mega-startup Stripe has donated $10,000 to Yes on Prop. A, according to those Ethics Commission filings.

Wait, Lyft is giving money to a ballot measure whose tagline and URL names are “Yes to Muni?” Why on earth is Lyft trying to prop up Muni, a competing transportation option?

Prop. A is a $400 bond measure that Mayor Breed introduced in December, and according to a press release at the time, she claims it would “allow us to modernize our [transportation] facilities, upgrade our systems, and make Muni work more efficiently for everyone.” Those aforementioned tech companies may feel that upgrading SF streets and public transit will either make their operations move more smoothly, or improve their employees’ commutes, or maybe they’re just trying to score some good-guy points at the highest echelons at City Hall.

Whatever the case, the Chronicle ran a Memorial Day long-read on why Muni is asking for the $400 million bond, and notes the money would be earmarked to “fix crumbling infrastructure, make public transit more efficient and create streets safer” than they are right now. The Chron notes that stunningly, much of Muni’s light-rail control  system “is still loaded on floppy disks.”

There is no organized opposition to Prop. A, and not a penny has been spent to oppose it. Moreover, those tech companies are getting their money’s worth with a saturation campaign of Yes on A mailers and billboards (in multiple different languages). But since it’s a bond measure, it needs a two-thirds supermajority from SF voters to pass. And since it’s Muni, it’s going to face skepticism from voters who know that it’s not only buses and trains take a long time to arrive in San Francisco, but that SFMTA projects also take a hell of a long time to reach completion too.

Image: Yes on A mailer via Joe Kukura, SFist