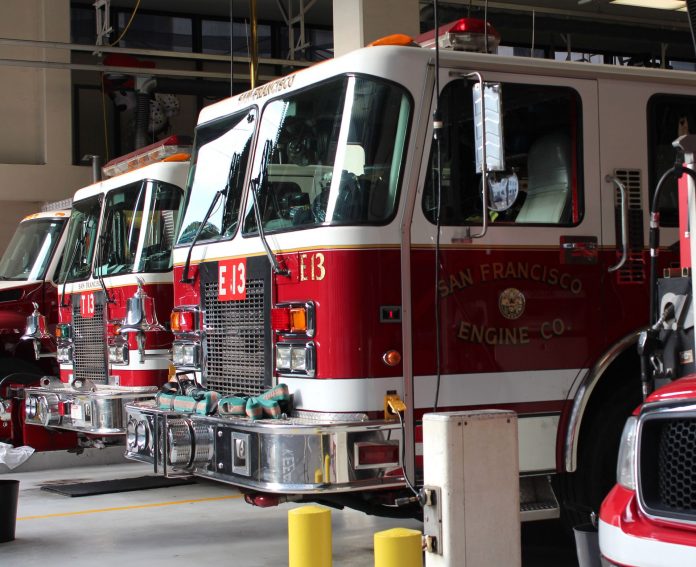 San Francisco fire officials responded to an emergency on the 1500 block of Clay Street Friday night after a car slammed into a three-story apartment building — severing a gas line and causing a fire.

Initially reported by CBS News Bay Area, San Francisco fire officials said crews responded to reports of the crash (and coinciding fire) at the Nob Hill building around 9 p.m. last night. According to the news outlet, at least four people were injured — two individuals having suffered serious injuries, and the other two sustaining minor wounds — and the fire was successfully contained quite quickly.

It took less than a half-hour for on-site firefighters to establish a perimeter around the blaze and prevent the fire from spreading to nearby structures; the fire was considered under control by 11:12 p.m. Friday.

SF fire officials have not said if the injured were in the vehicle or were inside the apartment building at the time of the fire. Additionally, the Red Cross is assisting at least fifteen residents who are now displaced by the fire.

As of Saturday afternoon, no other details were around the incident.