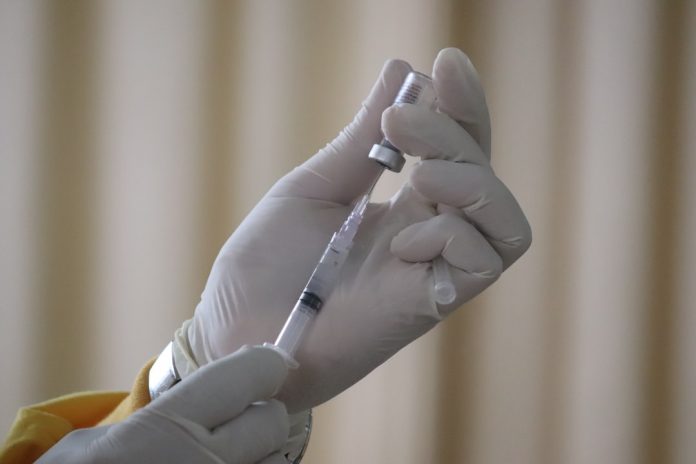 After demand has soared for monkeypox vaccinations in the Bay Area and elsewhere, and as low existing supplies have been used up, the Centers for Disease Control assures us that more vaccine is coming, possibly by next week.

We’re only a few weeks in to a monkeypox outbreak in California and elsewhere in the U.S., about a month after similar outbreaks were seen, mostly among gay and bisexual men, in Europe. And the past week’s news in New York and San Francisco has been filled with stories of people waiting in hours-long lines for limited supplies of the Jynneos vaccine.

But more supplies are coming, and the Danish manufacturer of the Jynneos vaccine is producing more doses to order for the US that may be delivered as soon as Monday, the CDC says.

In a call with reporters today, CDC Director Dr. Rochelle Walensky said there were now 1,470 confirmed monkeypox cases in the U.S.

“We know that this is frustrating,” Walensky said, regarding the shortage of vaccine to meet the current demand — and the fact that in some locations, vaccines are only being offered as post-exposure prophylaxis, to those who have been potentially recently exposed, instead of as pre-exposure prophylaxis to stem the outbreak.

Up to this point, many in the LGBTQ community have been likening the slow federal response to the early AIDS crisis, and suggesting that if the general population were at risk, the response would have been much more swift and aggressive.

As demand for the Jynneos vaccine boomed last week in San Francisco, following announcements by organizers of two Pride parties that likely infected people had attended both parties, supplies were in notably short supply at first. The city received 2,300 doses this week and quickly ran out of those, with the clinic at Zuckerberg SF General Hospital shutting down Wednesday when it ran out of doses.

The SF AIDS Foundation has also been hosting monkeypox testing and vaccine clinics, and they currently have a waitlist for vaccine doses.

Gay bathhouse chain Steamworks, which has locations in Berkeley and Chicago, received a few hundred doses at its locations, which were available both to customers and the general public — though there were stories of waits of six hours or more for those shots in Berkeley.

The CDC said that the federal government has already distributed 156,000 doses of the Jynneos vaccine, and 131,000 more doses are coming from Denmark in the coming weeks. The US also has the capacity now to test 70,000 people per week.

The CDC also said that cities with the most cases will be given priority in the distribution of the new doses, which should put San Francisco high on the list.

California now has 250 confirmed cases, and it second only to New York now in terms of numbers. The SF Department of Public Health said that the city had 68 confirmed and probable monkeypox cases as of Wednesday, up from 40 last week.

The health department said in an announcement this week that it has requested 35,000 doses of the vaccine from the feds “as a starting point to getting on the path toward our goal of vaccinating every person who could benefit from a vaccine.”

Monkeypox is most commonly spread from close, skin-to-skin contact, which includes sexual contact, but it can also be transmitted from shared bed sheets and more casual contact, experts say.

“SFDPH will continue to keep the public updated on vaccine supplies, and other resources such as testing and treatment, that are essential to curbing the spread of this disease and protecting people,” the department said this week.

Facebook
Twitter
Pinterest
WhatsApp
Previous articleWe Are On La Niña Watch For Third Year In a Row, Which Could Be Bad for Drought
Next articlePresidio Tunnel Tops Park Opens to the Public This Weekend, At Long Last