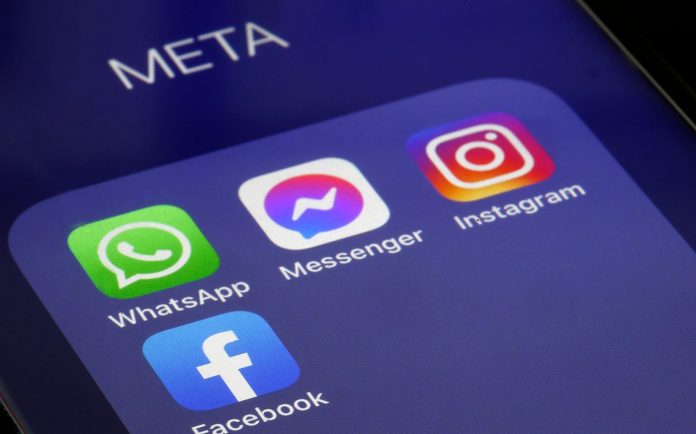 A report has come out by the House Subcommittee on Antitrust, Commercial, and Administrative Law, stemming from an investigation that was launched three years ago, and in particular it calls out a 2018 internal memo to Facebook CEO Mark Zuckerberg that contradicts the company’s arguments about its competition.

“It is time for Congress to act,” says Rep. David Cicilline (D-RI), chair of the antitrust subcommittee, in a statement today. And Congress likely will, fairly soon.

The report, titled “Investigation of Competition in Digital Markets — Majority Staff Report and Recommendations,” examines the ways in which Amazon, Apple, Alphabet, and Facebook/Meta have come to dominate their industries. The report supports and informs legislation already drafted in the Senate chamber, dubbed the American Innovation and Choice Online Act, which has bipartisan support and is still making its way through Congress. That bill would take steps to rein in the power of tech behemoths — though it’s not yet clear whether it will have much in the way of teeth.

The report, by the way, which may have been drafted before Facebook changed its name to Meta last fall, ignores the name change and just refers to Facebook.

While the report examines the ways in which Google has come to dominate online ads, and how Apple and Amazon have come to dominate other retail markets, some of the most damning stuff looks to be about Facebook. An internal memo from 2018, known as the Cunningham Memo because it was penned by senior data scientist Tom Cunningham, appears to show company insiders discussing how Facebook needed to temper competition from the apps it had already acquired years earlier, Instagram and WhatsApp — and it’s notable that this memo came around the same time that Instagram co-founders Kevin Systrom and Mike Krieger departed the company under clearly tense circumstances, some of which were detailed in a 2019 Wired cover story titled “15 Months of Fresh Hell Inside Facebook.”

The memo, which was first reported on in 2019 by The Information, shouldn’t come as any kind of shock, but it details how the company was strategizing to keep Instagram’s and WhatsApp’s popularity from being detrimental to the core platform.

The memo also points, possibly, to a legal framework by which Facebook could be sued for antitrust collusion. A former Facebook employee interviewed by the subcommittee explained the memo this way:

The question was how do we position Facebook and Instagram to not compete with each other. The concern was that Instagram would hit a tipping point . . . . There was brutal in-fighting between Instagram and Facebook at the time. It was very tense. It was back when Kevin Systrom was still at the company. He wanted Instagram to grow naturally and as widely as possible. But Mark was clearly saying ‘‘do not compete with us.’’ … It was collusion, but within an internal monopoly. If you own two social media utilities, they should not be allowed to shore each other up. It’s unclear to me why this should not be illegal. You can collude by acquiring competitors and forbidding competition.

But is this leading anywhere significant, and will Congress try to break up Meta? Likely no.

If and when both houses of Congress pass the draft bill related to these antitrust issues, much of the onus then gets put on the Department of Justice to craft guidelines for the companies to follow vis a vis anti-competitive practices — and this includes things like not allowing Alphabet to promote its own products through Google Search.

It’s also a somewhat big if as to whether any antitrust legislation passes, given the economy, etc. etc. Rep. Zoe Lofgren, a Democrat who represents part of Silicon Valley, writes a separate concurrence to the report suggesting that she wouldn’t necessarily back legislation — and doesn’t agree with all of the report’s recommendations. And no Republican on the subcommittee signed on to the report, with Rep. Jim Jordan writing a dissent that focused entirely on Big Tech’s “systemic bias and abuse against conservatives,” adding that “Democrats can’t be trusted” to address these other problems vis a vis competition.

But the DoJ could also file another lawsuit against Facebook, as it did under the Trump administration in December 2020 regarding the company’s hiring practices. But an antitrust suit that was already brought against Facebook by the Federal Trade Commission and 48 states’ attorneys general was dismissed last year for lack of evidence. Does this report include better evidence?

Liberals in Congress are still beating the drum for a crackdown, with Rep. Pramila Jayapal (D-WA) putting out a statement today saying, “From Amazon and Facebook to Google and Apple, there’s no question that these unregulated tech giants have become too big to care and too powerful to ever put people over profit.”

At the very least, the House could pass something preventing more anti-competitive mergers in tech? We’ll see.