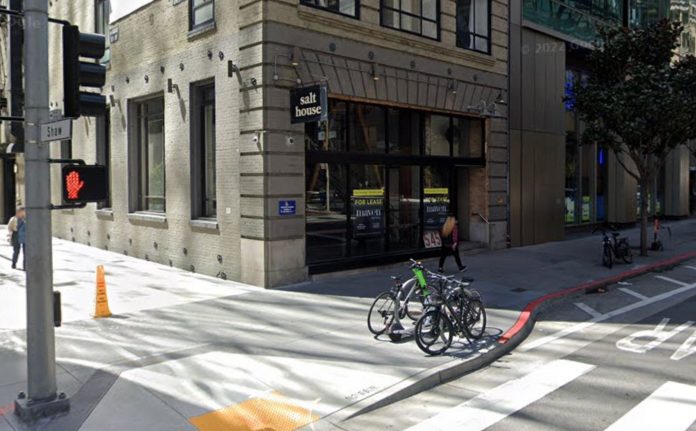 Yokai, which means “spirit” in Japanese, will be styled after Japan’s after-work “listening bars,” where cocktails are served with a soundtrack of jazz and other music on vinyl. These hi-fi bars are inspired by World War II-era “jazz kissa,” which were cafes where records would play while people quietly sipped tea, and while many of these are dying off in Tokyo, bars styled after these Japanese spots are something of a trend in the US — with Oakland’s Bar Shiru having opened in 2019, and San Francisco’s wine-focused Le Fantastique taking on a similar vibe.

At Yokai, which has a planned opening timeframe of early 2023, Japanese whiskies and gins will be paired with grilled meat on skewers — yakitori-style, but it sounds like it will be pretty focused on beef, like at Gozu, as opposed to chicken. And the restaurant will feature music played over a vintage McIntosh sound system, via an “extensive vinyl collection.”

Zimmerman will be working with Chef de Cuisine Jessie Lugo on the new menu, as Eater first reported, and in addition to beef there will be seafood options, including a couple of teased dishes like king salmon belly skewers with matcha, buttermilk and dill; and a steamed whole Japanese sea bream. There will also be large-format plates, including slow-roasted wagyu neck.

Cocktails will be handled by Ittoryu Gozu Beverage Director Jordan Abraham, and both Abraham and General Manager Molly Mueller will reportedly split their time between the two restaurants.

The listening bar concept, as interpreted here in the States, is less of a quiet and reverent space as the hi-fi bars and kissa of Japan. As spirits magazine Punch recently reported, you likely won’t find people shushing you at these bars like you would in Japan, but they certainly strive to create a different vibe than at traditional American cocktail bars.

“We do everything we can to promote an active listening environment,” says Mitchell Foster, the owner of ESP HiFi, a Tokyo-inspired bar that opened last fall in Denver. “Though at the end of the day, you can’t make people listen.”

Also, when anticipating the vibe at Yokai, we should take into account the typically bustling SoMa neighborhood it’s in, and the busy former restaurant occupying the space at 545 Mission Street, Salt House, which closed mid-pandemic.

Ittoryu Gozu debuted in late 2019 at 201 Spear Street, offering a 10-course prix-fixe menu centered on wagyu that was priced between $120 to $150. The restaurant then suffered a fire on New Year’s Eve 2019 which shuttered it through the start of the pandemic, and then reopened in mid-2020 with outdoor dining and limited indoor seating.