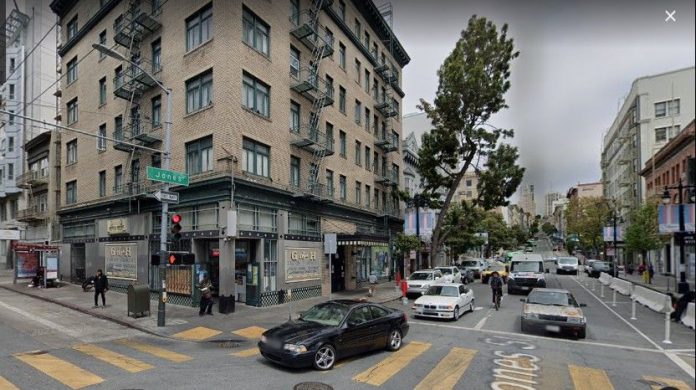 The SF City Attorney attempted to ban certain specific repeat drug dealing arrestees from re-entering a 50-block radius of the Tenderloin, but a state appeals court just shot that down.

Back in late 2020, then-City Attorney Dennis Herrera took a novel approach in trying to crack down on the rampant drug dealing in the Tenderloin.  He banned 28 alleged drug dealers from coming in to the Tenderloin, arguing that these people were responsible for a disproportionately large volume of drug dealing in that neighborhood. (A full 27 of these 28 suspects did not even live in San Francisco, the AP reported at the time.) That was an out-of-the-box solution, and as such, a San Francisco Superior Court ruled that move as unconstitutional and violated the accused suspects right to travel.

The city appealed, and on Friday, that appeal was denied. The Chronicle reports that the state’s First District Court of Appeal upheld the ruling that people could not be banned from the Tenderloin, even if they are repeat drug-selling suspects.

VICTORY: Today, the California Court of Appeal affirmed that the San Francisco City Attorney's attempt to banish people from the Tenderloin neighborhood violates their constitutional rights.

“Although the city contends these defendants have no reason to ever even be in the 50-square-block Tenderloin neighborhood except to sell drugs there was evidence that many community resources and government agencies are located in the Tenderloin.” Justice Marla Miller wrote in the 3-0 appeals court ruling. In this particular case of four defendants, all of whom lived in Oakland, the court found it credible that these suspects “were interested in taking advantage of the employment, treatment, housing, and health services available in the 50-square-block neighborhood.”

That sounds like some serious Saul Goodman-esque lawyering right there. (“Your honor, my client is simply interested in accessing employment and treatment services!”) But the appeals court ruling did note that one of the suspects “has two other daughters from a previous relationship who live in the Tenderloin with their grandmother,” and that this would deny him the right to visit his family.

This leads to a very obvious question… If they’re repeat drug dealers then why aren’t they in jail? A complicated answer to that is the city attorney does not handle simple individual criminal drug dealing cases, that’s the jurisdiction of SFPD, the district attorney, and the public defender.

And the simple answer is, apparently as of now, those cases are indeed still in the courts. As the appeals court judges wrote in their Friday ruling, “The [SFPD] declarations, however, did not show that any of the defendants has been convicted of selling drugs, possessing drugs for sale, or violating any pretrial stay-away orders.” Effectively, the suspects in question are still innocent until proven guilty.