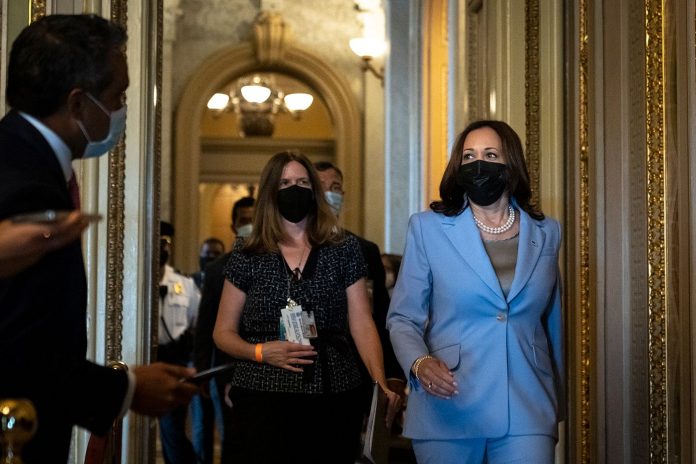 Kamala Has COVID, For Real This Time

Vice President Kamala Harris has, like a slew of D.C. denizens, tested positive for COVID and is isolating. The positive test comes about a month after Second Gentleman Doug Emhoff contracted the virus.

Harris’s press secretary Kirsten Allen said the vice president tested positive Tuesday on both rapid and PCR tests, as KTVU reports. Harris has not had any recent contact with President Joe Biden or the first lady, because their schedules have taken them in different directions. Harris was actually on the West Coast late last week and possibly into the weekend, attending an event at UCSF on Thursday.

Allen also said that Harris would follow CDC guidelines “and the advice of her physicians” about isolating and possible treatment. It’s not clear if she’s been prescribed an anti-viral like Paxlovid. She is currently isolating at the Vice President’s residence in Washington.

Harris was vaccinated last year with the Moderna vaccine, and has received two booster doses, and she was said Tuesday to be exhibiting no symptoms.

CNN reports that Harris tested positive after a “weeklong trip to California.”

Many Washington figures have caught the Omicron or BA.2 subvariant in recent weeks, including Attorney General Merrick Garland and House Speaker Nancy Pelosi.

Pelosi, 82, revealed Monday that she “did not have one symptom” during her infection, and she said, “All I did was stay home and raise money.” She also said she caught up on her Netflix, and watched the new season of Bridgerton.

There was some anxious speculation going on in mid-March when Emhoff tested positive, due to Harris’s recent proximity to the president and two of the octogenarians in the line of succession behind her to the presidency, Pelosi and Senate President Pro Tem Patrick Leahy. Harris tested negative at that time.