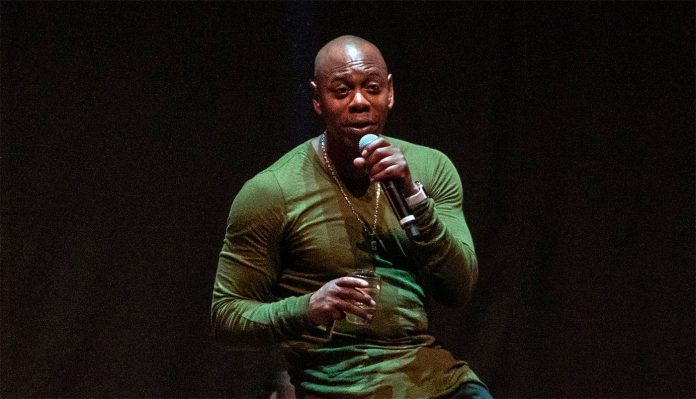 Dave Chappelle did his ornery best to get everyone back on stage and to keep the party going past 10 p.m. on Sunday night, during the closing moments of the inaugural Napa Valley iteration of the Blue Note Jazz Festival, in spite of a local noise ordinance.

A similar ordinance in the city of Napa has infamously caused the sound to get cut for the likes of Guns ‘N’ Roses when they went past curfew at the Bottlerock festival. But the St. Helena curfew was met with shrugs Saturday night, as the Chronicle reports, with emcee Dave Chappelle and rap duo Black Star (Yasiin Bey and Talib Kweli) keeping the show going until 10:30 p.m. The rappers were joined by Grammy-winning pianist and festival artist-in-residence Robert Glasper, and even after the sound got cut and audience members started leaving, the performers kept going, per the Chronicle, a cappella.

This happened again on Sunday night, the third night of the three-day festival, but it sounds like Chappelle was even grumpier about the hard 10 p.m. stop and made his feelings known.

Chappelle criticized Napa Valley as “a place not renowned for its diversity,” and called the festival at the Charles Krug Winery, “the Blackest weekend [Napa] has ever seen,” per the Chronicle.

After headliner Maxwell had finished his set, just before 10 p.m., Chappelle repeatedly insisted that Glasper come back on stage so that the two could finish the evening properly.

“Robert, real quick, let’s be late. They’re not going to kill us,” Chappelle reportedly said. “We’re going to close this festival. We got to. Trust me on this. The keyboards are right there, Robert.”

Glasper apparently appeared reluctant as Chappelle yelled at crew members to power the sound back up, and apparently compared the situation to Martin Luther King Jr., asking rhetorically what would happen if Dr. King wanted to give his “I Have a Dream Speech” and the crew wouldn’t turn his microphone on.

Chappelle then escalated things, per the Chronicle, threatening to boycott Napa Valley wine and never to return.

Finally, it sounds like Glasper retook the stage for a minute and vamped with Chappelle, and the show still wrapped up at 10:15 p.m.

The whole situation sounds kind of childish — not unlike how Chappelle childishly insists, after years of controversy and protest and presumably many private conversations with people about it, on poking fun at trans people and expressing his overall confusion for all things gender non-conforming and non-heteronormative.

The Blue Note Jazz Festival otherwise appears to have come off without a hitch, with around 6,000 in attendance, per the Chronicle — though Saturday’s scheduled guest headliner, Erykah Badu, had to bail at the last second due to a revelation about a COVID exposure and subsequent symptoms. The festival also featured Snoop Dogg, Chaka Khan, and Kamasi Washington along with the music collective Dinner Party on Friday night, and comedians Anthony Anderson and Katt Williams both made surprise appearances.

Prior to emceeing the Blue Note festival — which has occurred previously in New York but was brought to St. Helena for the first time this year — Chappelle did a series of sold-out shows at Sonoma County’s Luther Burbank Center for the Arts, which drew a small protest from the local trans community.