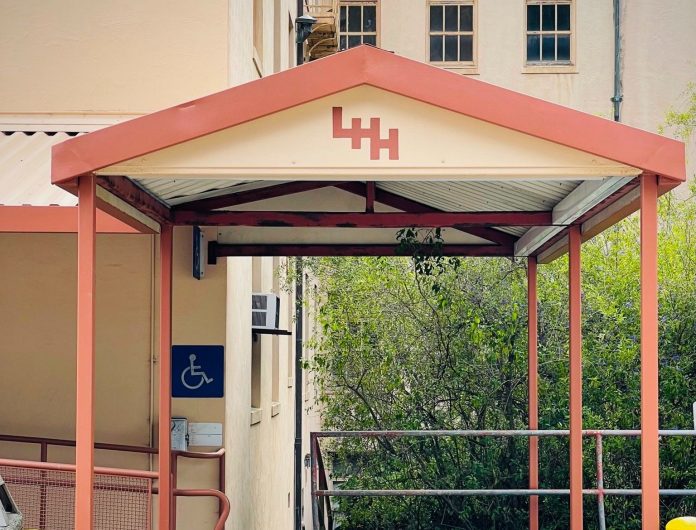 Two separate lawsuits — one from SF City Attorney David Chiu, and another from former City Attorney Louise Renne — look to claw back federal funding being denied to Laguna Honda Hospital, as the death toll among transferred patients now stands at eight.

The bizarre forced-closure plan of Laguna Honda Hospital is not really a forced closure; the hospital had its Medicare and Medicaid funding yanked in April (and that funding accounts for two-thirds of its overall budget), and was forced to then submit a closure plan to move all 700 patients out while simultaneously working on a recertification plan that, if successful, would reinstate all the funding and bring everything back to normal.

A set of incomprehensible federal bureaucratic rules deemed that Laguna Honda had to start closing the place and shipping patients out, while also bringing the facility up to inspection-level standards at the same time, which makes no sense. We reported the tragic footnote in late July that four patients had died out of the 56 who were transferred because of this maybe-we-will, maybe-we-won’t closure plan, and we now know that death toll has risen to eight.

We know this because it is mentioned in the Chronicle’s report that City Attorney David Chiu is suing the U.S. Department of Health and Human Services (yes, he is suing Xavier Becerra) to fully reinstate funding for Laguna Honda Hospital. In a separate civil class-action lawsuit also filed Wednesday, former SF City Attorney Louise Renne sued on behalf of patients’ families to stop the closure plan altogether.

The city of San Francisco is suing the federal government over its decision to cut off funding to Laguna Honda Hospital and close the facility by September 13. https://t.co/ZvvgzgoSc4

KTVU has obtained and posted a copy of Chiu’s lawsuit, which says the Department of Health and Human Services (DHHS) “created this impossible situation knowing that Laguna Honda would have no choice but to agree to their unreasonable demands.” He notes that the SF Department of Public Health (SFDPH) “proposed a termination and recertification process that would not require relocating existing patients while SFDPH pursued Laguna Honda’s recertification. Defendants refused. SFDPH then asked for 18 months to ensure that patients were transferred or discharged in a safe and appropriate manner. Defendants refused. SFDPH also asked to be allowed to phase transfers so the most vulnerable patients would be transferred last. Again, Defendants refused.”

The Chronicle gives a Cliffs Notes summary of Chiu’s argument. “Chiu argues that the federal agency known as CMS [U.S. Centers for Medicare and Medicaid] chose a random date — Sept. 13 — to halt funding of more than $200 million a year in the form of Medicaid and Medicare reimbursements. The suit says shutting down the nursing home so quickly is illegal because San Francisco is appealing the agency’s decision to decertify Laguna Honda in the first place — and that appeal won’t be heard until at least October.”

“We’ve had eight deaths. Who knows if there would be more?,” Renne told the Chronicle. “(CMS) knows that as well as we do. How do they live with themselves?”

The two suits are clearly coordinated, and this may prove smart. Even though Laguna Honda won a temporary pause on transferring patients last week, the closure plan is still theoretically in effect. Renne’s suit ostensibly pauses the whole closure plan (or hopes to), by gumming things up in the legal system, thereby allowing Laguna Honda to devote its full attention to passing inspections getting its certification back in order.

Chiu’s suit, meanwhile, hopes to get that $200 million a year in Medicare and Medicaid funding back. If Chiu can get funding reinstated, even temporarily, by September 13, then Laguna Honda Hospital is in a position to pass inspections and be fully recertified by the end of the year. If they meet that goal, the status quo returns, and it’s like of this ever happened.

Well, except for the loss of eight patients’ lives, victims of a seemingly indefensible federal bureaucratic nightmare.

Some of this nightmare may be the city’s fault though, according to one public commenter, Michael Lyon, who was quoted in the Richmond Review from a public meeting on the Laguna Honda situation. Lyon alleged that the city allowed patients with severe mental health and substance-abuse disorders to be sent to Laguna Honda from private hospitals around town, and Laguna Honda was never equipped to provide these patients with adequate care and attention — which led to the situation that regulators found. “So people with mental health and substance use problems were sent to Laguna Honda, which had neither the staff, the equipment nor the setup to care for them,” Lyon said.

And the Westside Observer suggests that the feds may be “making an example of” Laguna Honda, amid widespread issues around behavioral healthcare.

Related: Laguna Honda Presents Plan to Shut Down and Relocate Nearly 700 Patients, Even Though They May Not Have To [SFist]