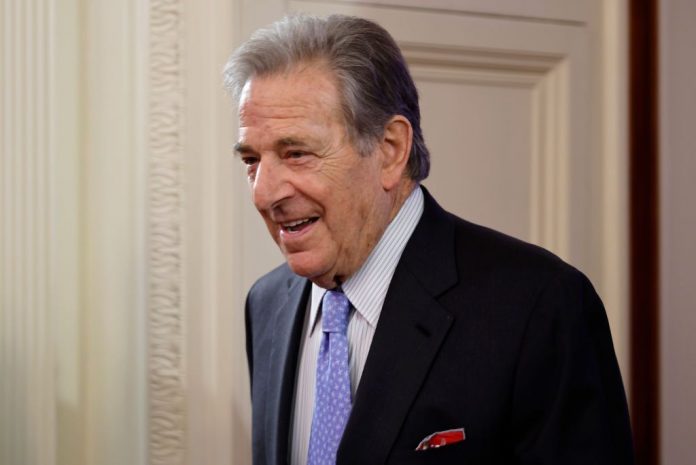 Paul Pelosi’s DUI arrest over Memorial Day Weekend in Napa has become major fodder for right-wing loons who have been misinformed that he’s skirting any charges, but society doyenne Dede Wilsey says it’s a shame he was arrested at all.

The Pelosi DUI Incident has now gotten the New York Times Styles section treatment — courtesy of Jacob Bernstein (son of Nora Ephron and Carl Bernstein), who is bylined alongside Holly Secon. And we now learn that Paul Pelosi was, just prior to the collision on Highway 29 that ended with him arrested on suspicion of DUI, at an annual Memorial Day Weekend dinner at the home of longtime friend and Democratic donor Alexander Mehran. Nancy was, as we know, on the East Coast giving a commencement address at Brown that weekend.

Pelosi was allegedly trying to turn left on Highway 29 from a side road in Oakville when his Porsche was struck by an oncoming Jeep.

We also now learn that Pelosi had just recently undergone cataract surgery days before the incident — and the NYT piece notes that eye doctors differ in opinion about how many days one should refrain from driving after cataract surgery.

But this is the Styles section, and as such this comes off as more of a society column piece, complete with obligatory quotes from Willie Brown and Dede Wilsey.

The article notes that the Pelosis, in addition to their Pacific Heights manse, have a “16.55 acre gated estate” in Napa, which they use as a second home.

But Brown is quick to explain that it’s no great shakes. “It’s not a palace,” Brown tells the Times. “If you go up there, you will notice that some people have places with caves for the wine and all that kind of stuff. That’s not what [the Pelosis] have. They have a place you can actually live in, without servants.”

Brown adds, hilariously, “You wouldn’t bring the Three Tenors to sing [there].”

Brown also says something which is the opposite of what the Democratic Party and Pelosi’s PR team need him to say, which is, “Everybody in San Francisco now has a Napa place. Everybody who can afford it.” (The piece delves into how Pelosi’s political career was largely forged out of society connections, and it discusses who the Pelosis are longtime friends of Gordon Getty.)

And Bernstein apparently got Dede Wilsey on the horn, who also gives a hilarious quote, harkening back to the good old days in Napa when drunk driving wasn’t exactly a punishably offense.

“I feel just awful about what’s happened because there was a time when if a thing like this happened, the cops would take you home,” Wilsey said.

And regarding the political differences between Wilsey, a Republican, and Ms. Pelosi, Wilsey says, “I don’t agree with Nancy on everything, but I cannot think of anyone nicer than Nancy or Paul.”

The Pelosis have hired some PR folk to handle this matter, including, apparently, SF politico Lee Houskeeper, and Napa-based “crisis manager” Larry Kamer. One of their first orders of business was refuting press reports that Paul Pelosi was arrested for a similar driving incident four years ago — that was apparently a different person named Paul Pelosi?

Anyway, this Paul Pelosi will next appear in court on August 3.