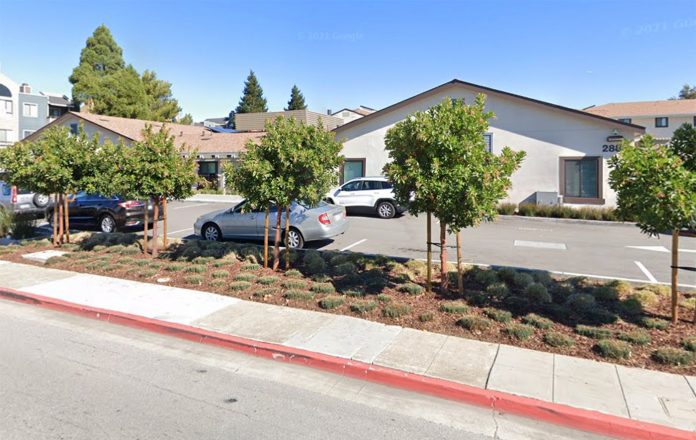 A 93-year-old woman is dead and two residents of a San Mateo assisted living facility are in the hospital after all three were mistakenly served dishwashing liquid to drink.

The accidental poisoning occurred Saturday at the Atria Park Senior Living facility in San Mateo, and the facility confirmed in a statement that three residents were “mistakenly being served dishwashing liquid as drinking juice.”

There has been no further explanation for how such a mixup could have occurred, but as KRON4 reports via the daughter of one of the victims, the substance was an “alkaline cleaning solution that eats protein.”

93-year-old Gertrude Elizabeth Murison Maxwell was hospitalized Saturday with “severe blistering of her mouth and throat and esophagus,” according to her daughter, Marcia Cutchin. Cutchin said her mother later died from the poisoning, and she added that her mother had dementia and was incapable of feeding herself.

“Many people like my mother, you have to hold a cup to her mouth and tip it into her mouth,” Cutchin told KRON4, raising further questions about how the mistake could have been made with a toxic substance.

Cutchin added that her family chose the Atria facility for its reputation. “That facility was very highly regarded and very expensive,” Cutchin told KRON4. “You do those things to ensure that there’s a higher level of care.”

The condition of the other two residents who were hospitalized is not clear at this time, but they were said to be critically injured.

As the Chronicle reports, the San Mateo Police Department is investigating the incident, as is the California Department of Social Services Ombudsman.

Atria issued a statement saying, “We have been working with local authorities, who have informed us that one resident passed away. Our sincerest condolences are with the family. When this occurred, our staff immediately contacted authorities, and the residents were transported to the hospital for evaluation and treatment. We are conducting our own internal investigation, and the employees involved have been suspended until this investigation concludes.”

Another Atria Senior Living facility in Burlingame was hit with a COVID outbreak in the early pandemic, in March 2020, in which multiple residents died.