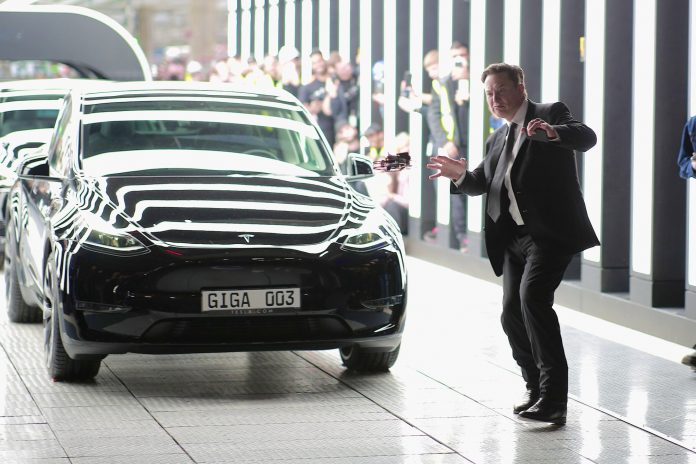 Elon Musk Says He Has the $46.5 Billion Lined Up to Buy Twitter Outright, But Investors Remain Skeptical of This Whole Deal

Elon Musk’s original “best and final offer” language from last week has softened to “seeking to negotiate” language, but he says he now has funding secured for the deal to take Twitter private (a canard he has pulled before).

It’s been a whirlwind two-and-a-half weeks since Elon Musk suddenly and shockingly became Twitter’s largest shareholder. He was quickly offered a seat on the company’s board of directors, likely to placate him from engaging in a hostile takeover attempt. Yet Musk rejected that seat on the board, and last week, made his hostile takeover attempt official with a $46.5 billion offer for the company. Twitter responded by adopting a ‘poison pill’ strategy that would dilute the shares of anyone who bought a 15% or larger stake in the company.

But a question remained throughout these whole proceedings. Does Elon Musk actually have this money? While he is technically the world’s wealthiest person, that’s all wealth on paper; it’s mostly Tesla stock, not actual money. Musk himself does not have the cash, and would need debt financing from outsiders (think investment banks, or Saudi royals) to complete this deal.

BREAKING: Elon Musk says he has lined up $46.5 billion in financing to buy Twitter, and he’s trying to negotiate a deal with the company. Musk is exploring a tender offer to buy all of the social media platform’s common stock for $54.20 per share in cash. https://t.co/pqFqzeS80o

The Associated Press reports Musk now claims he has the money lined up. According to a Thursday regulatory filing, CNN reports that Musk disclosed “two debt commitment letters from Morgan Stanley and other unnamed financial institutions.”

Yet very notably, Musk’s disclosure said he was “seeking to negotiate” an acquisition at $54.20 a share, and “is prepared to begin such negotiations immediately.” That’s a far cry from his initial takeover offer, in which he said last week “My offer is my best and final offer.”

Yet Twitter’s stock is down, not up, since it was reported Musk made his splashy purchase of shares on April 4, and it’s certainly not shooting up to $54.20. According to CNN, this “may indicate some investor skepticism about the likelihood that the deal will go through.”

And Elon has pulled this shit before, and it did not pan out. He claimed in the above 2018 tweet that he had “funding secured” for an acquisition to take Tesla private. He was either lying, or he said “secured” before that funding actually was secured. Tesla investors are still suing him for the money they lost in that unforced error of a stock-market roller coaster. And given that this is Elon Musk, it’s fair to wonder if today’s announcement is not, also just attempted market manipulation.