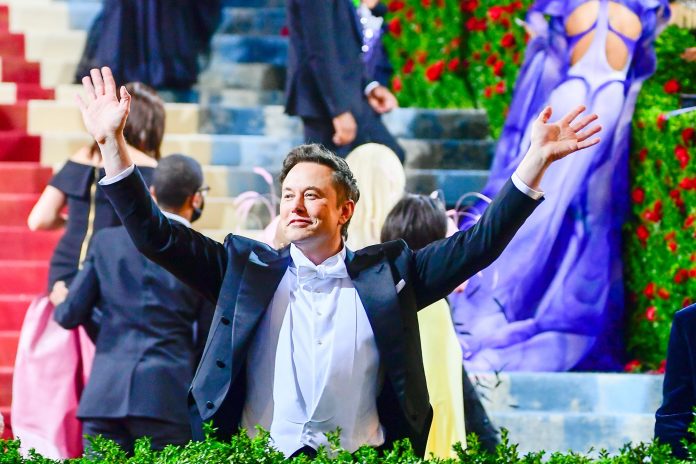 Elon Musk Tells Tesla Employees to Stop Working From Home, Or They Can ‘Pretend to Work Somewhere Else’

A leaked email shows that Musk declared to Tesla employees Tuesday that “Remote work is no longer acceptble” [sic] and the work-from-home ride is over for Tesla engineers and execs.

Tesla CEO and maybe new Twitter owner Elon Musk, who has recently attended the extravagant 2022 Met Gala celebration (seen above), who has seven different children with two different women, and who spends an ungodly amount of time on Twitter, would like a word about your work habits. Specifically, the COVID-19 era work-from-home culture, which has been uniquely embraced by most tech companies. But that shit won’t fly anymore on his watch at Tesla, as The Verge reports on a leaked Tuesday email Musk sent to Tesla employees with the title “Remote work is no longer acceptble” [sic].

The leaked email is seen above, and was apparently leaked by Tesla investor Sam Nissim. You can speculate Nissim’s motives, but a look at his Twitter feed shows Nissim to generally be a Musk supporter.

Per Fortune, Musk’s email goes on to say “Anyone who wishes to do remote work must be in the office for a minimum (and I mean *minimum*) of 40 hours per week or depart Tesla.”

They should pretend to work somewhere else

A request for comment from the Twitter account of pro-Tesla blog Whole Mars Catalog drew Musk to respond that if people want to work from home, “They should pretend to work somewhere else.”

Elektrek has obtained the full emails, including Musk’s follow-up email entitled “To be super clear” (you know, the way normal people title their emails.) The second email, reads like so:

Everyone at Tesla is required to spend a minimum of 40 hours in the office per week. Moreover, the office must be where your actual colleagues are located, not some remote pseudo office. If you don’t show up, we will assume you have resigned.

The more senior you are, the more visible must be your presence. That is why I lived in the factory so much – so that those on the line could see me working alongside them. If I had not done that, Tesla would long ago have gone bankrupt.

There are of course companies that don’t require this, but when was the last time they shipped a great new product? It’s been a while.

And when was the last time those companies’ products caught on fire with someone trapped inside? It’s been a while.

Based on current trends, probably close to zero new cases in US too by end of April

Musk has been super-opposed to public safety measure since long before his current Trumper heel turn, and it’s always been the Trump faction point of view that COVID is not a big deal. But this may be less political and more a sign that Musk wants someone/something other than himself to blame for the recent Tesla stock collapse. (And the example he gives about “being responsible for Fremont factory human relations [resources?] but having your office be in another state” sure sounds directed at one person in particular.)

And even though we are entering another nationwide COVID surge, Musk likely believes that the tree of billionaire fortunes must be refreshed from time to time with the blood of the working class.

Related: Mayor Breed Would Like You Back Downtown Working in the Office Again, Thank You Very Much [SFist]

Image: NEW YORK, NY – MAY 02: Elon Musk attends the 2022 Met Gala celebrating “In America: An Anthology of Fashion” at The Metropolitan Museum of Art on May 2, 2022 in New York City. (Photo by Raymond Hall/GC Images)

Facebook
Twitter
Pinterest
WhatsApp
Previous articleSheryl Sandberg Steps Down As Facebook/Meta COO, Ending an Era
Next articleYou’re Finally Going to Be Able to Unsend and Edit Sent Texts on the iPhone