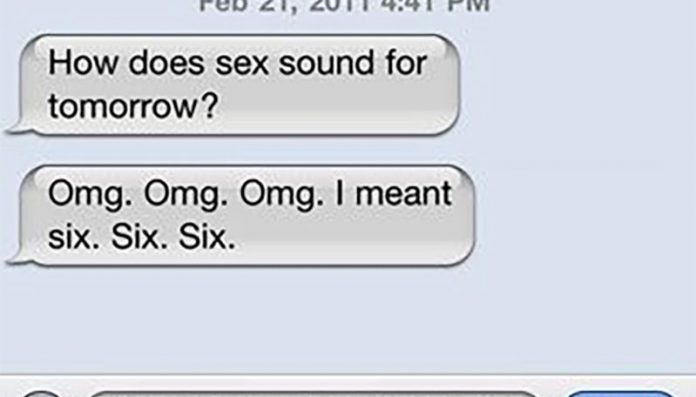 Apple announced some software updates Monday as part of its Worldwide Developers Conference in San Jose, which include the gamechanging new ability to edit and unsend texts in Messages after you’ve sent them.

Buried among some announcements from this morning’s kickoff of the WWDC at the San Jose Convention Center is the earth-shaking revelation that you will soon be able to unsend that unkind message you drunkenly sent to your mom at 2 a.m. — assuming you have the wherewithal to do so before she wakes up and sees it.

Yes, a soon-to-arrive iOS update is going to finally give you the ability to yank back a text message, so long as it was sent between iPhones (blue text), via Messages (iMessage), and not via SMS (green). As reported by CNBC and The Verge, the new features will come with the next iOS update in a few months.

The example shown in the Apple demo above is a text between coworkers that appears to have a typo in it that was caused by a different Apple software feature, the dreaded Autocorrect. The example typo message is “Hey babe, can you forward me the meeting notes?”, and the user then corrects it to say, “Hey Gabe, can you forward me the meeting notes?”

Apple is adding a third new feature to Messages, which is “Mark unread,” something derived from the world of email for those of us who want to mark a text unread so that we’ll come back to it later. (The real question is, does it pull back a “Read” receipt when we don’t want a friend to know we’ve seen their text?)

In other WWDC news, Apple is launching its own version of a buy-now-pay-later service, called Apple Pay Later. This means that Apple Pay is entering the fray of this line of fintech occupied by the likes of Affirm and Klarna, allowing users to buy big-ticket items and pay in installments — generally for a lower-than-credit-card-rates interest rate. The complete details of that were not shared.

These and more updates — including the ability to edit and customize one’s iPhone lock screen — are coming with iOS 16, which is due for release sometime this fall, likely when Apple unveils the iPhone 14.

Facebook
Twitter
Pinterest
WhatsApp
Previous articleElon Musk Tells Tesla Employees to Stop Working From Home, Or They Can ‘Pretend to Work Somewhere Else’
Next articleWarriors and Celtics Meet In Historic Finals Matchup This Week, and Odds Are on Six or Seven Games